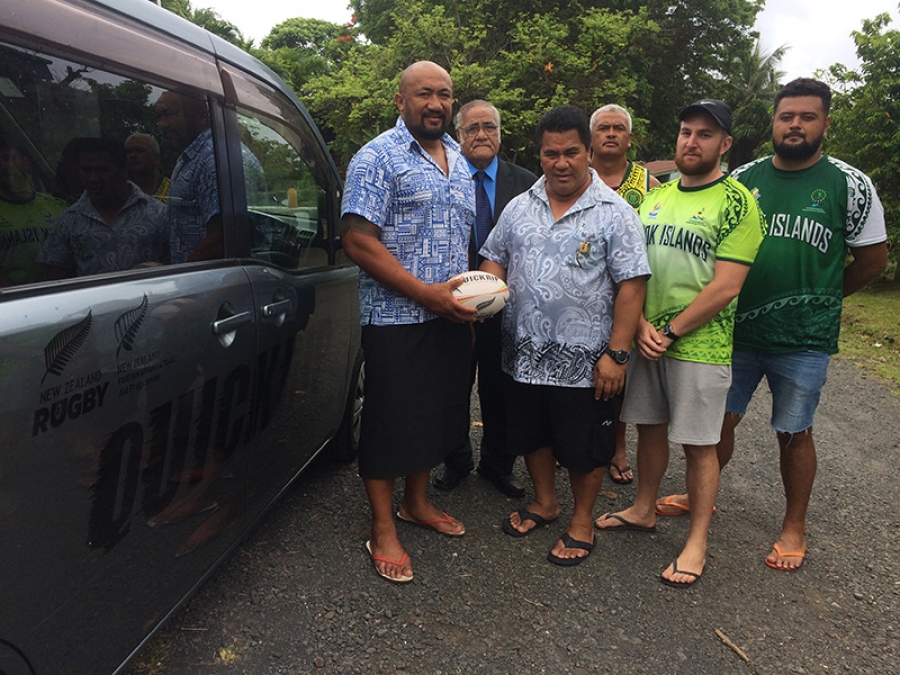 A rugby programme to combat non communicable disease in the Cook Islands has gained momentum, thanks to the timely boost from New Zealand government.

Pacific Sporting Partnership which saw the introduction of Quick Rip 7s in the country is a programme run by Cook Islands Rugby Union in partnership with the New Zealand Rugby Union, sponsored by NZ Aid.

The programme which was launched in 2018 involves a fast-paced adaptation of the 7s game, aimed not only at encouraging more of our young people to become actively engaged in sports on a regular basis, but also at promoting the benefits of a healthy lifestyle and diet.

New Zealand Rugby had sent development officers over to promote the programme which is now being carried out by the Cook Islands Rugby Union development team.

Earlier this month, the development team received a new vehicle which will be used for running the programme at schools and local clubs.

“We are known to be the highest in Pacific when it comes to obesity and this programme is aimed at promoting healthy lifestyle especially in our children. During our time, we used to keep ourselves active by raking the rubbish and spending time in the farm but kids these days are spending lot of time on their phones and other gadgets and that’s why such programmes are important to ensure they learn healthy habits,” Teiotu said.