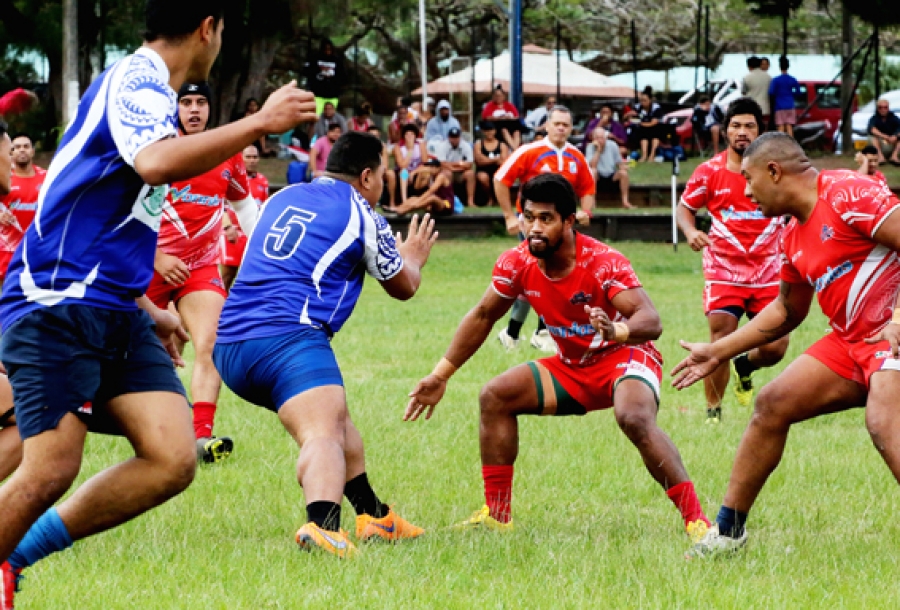 As predicted, the game turned out to be an exciting clash with the scores locked at 12 points apiece at half-time and remained that way for most of the second half. But the Reds’ superior fitness proved the difference as they were able to score two tries in the final 10 minutes.

The Bulls did not hold anything back, getting stuck into the Reds from the outset frustrating the visitors.

The Reds had a dominant scrum but, surprisingly, they were unable to use this extra possession to their advantage as the Bulls scrambling defence upset their offensive pattern.

At half time it was looking to be anybody’s game.

But a lack of discipline hurt the Bulls with a steady stream of players heading to the sin bin. At one stage they only had 12 men on the field.

The Bulls’ hopes were dented when Reds’ action-man flanker Filipo Schmit and speedy left winger Eddie Marama scored during the final 10 minutes of the game.

Best for the Reds were busy lock Mana Havi and also mobile hooker Stormel Ruatoe, who happened to have carried the ball strongly for the Reds all day.

Best players for the Bulls were strong-running centre Tevita Niusau and flanker Vatu Sika who was full of energy throughout the match.

The Bluesky Rarotonga Primary Schools Rippa Rugby Tournament also kicks off tomorrow at the Nikao Field with 31 teams. The games start at 8:30am.

Round five of the union matches between the Cowboys and the Panthers will be at the Arorangi Field this Friday and the Eels will take on the Bulls at the Avatiu Field on Saturday.