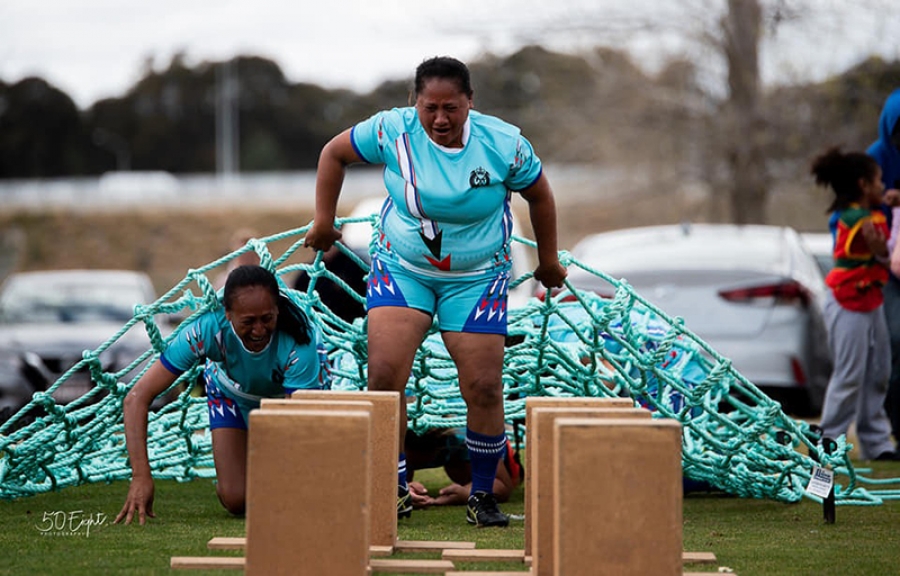 Tupi Rubena at a fitness training in Australia.19102203

You won’t find Tupi Rubena on the frontline of policing but you may just see her out on the backline of a Police rugby team.

The Police Women’s Sevens’ team, that is.

As a keen member of Cook Islands Police Service Women’s Advisory Network, the mother-of-six was again breaking tackles this week at the Pacific Military International Rugby Sevens tournament, in Canberra.

The team arrived back from Australia this weekend after having chalking up two victories in the tournament. The event brought together eight nations for networking, community outreach – and of course rugby.

The team played with courage, persevering with a homegrown competitive spirit despite all carrying injuries. The attendance of families from Canberra, Sydney and Melbourne spurred them on.

Police spokesperson Trevor Pitt said: “While Tupi can cover a lot of ground on the rugby field, her domain is the entire premises of the National Police Headquarters, where she is caretaker for the Service.

“It’s a job she’s swept and polished for the past five years, having left the hospitality industry to keep tabs on the tidiness of police staff.”

“I like my job,” Rubena says without any hesitation. She stays ahead of her work, simply by keeping on top of her regular chores. “When I come to work every day – there is less work!”

Pitt said this was not entirely true. The building gets a lot of punishment through all types of weather and requires a good deal of maintaining.

“When Tupi is on the job, staff are kept on their toes by gingerly stepping around the constant mopping up of grime and tita. Behind the scenes, she’s an asset to the overall smooth running of an operational network of police activity.”