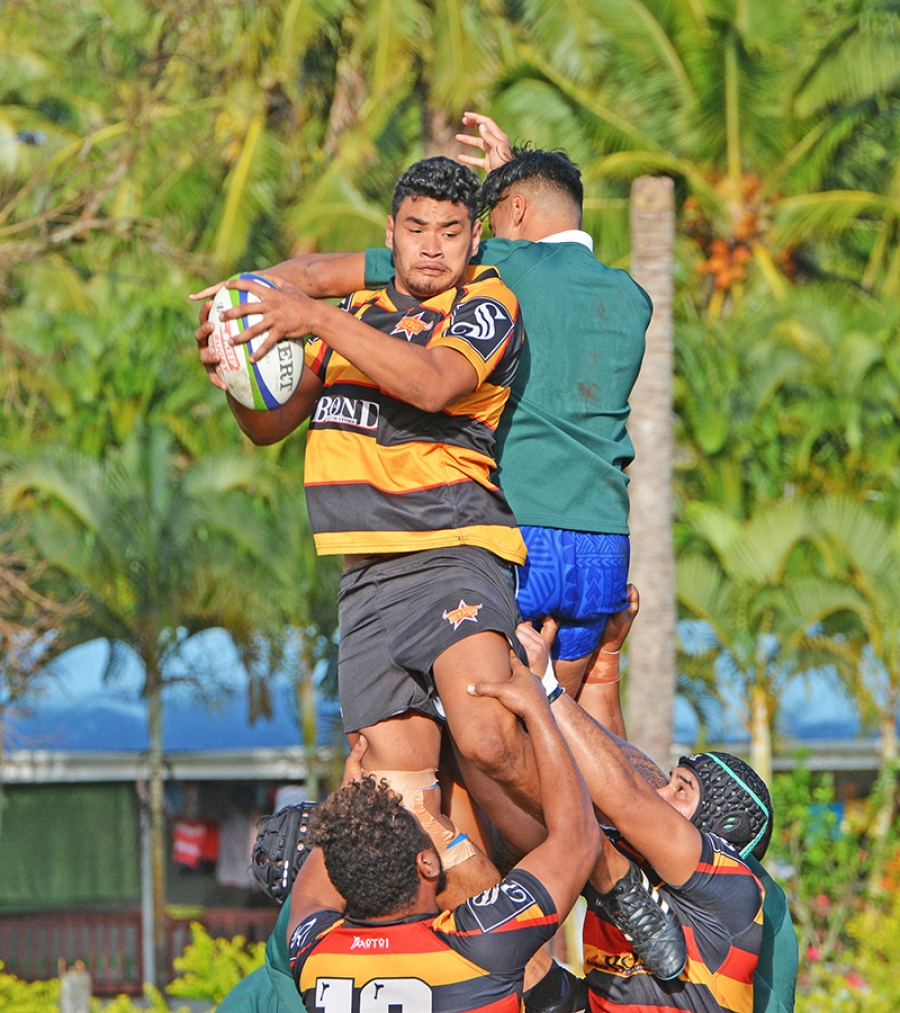 The young Arorangi Cowboys will be out to topple the Tupapa Panthers in round two of the Rarotonga club rugby competition at Raemaru Park today. 18071619

The Tupapa Panthers have a good chance of extending their lead on the Rarotonga club rugby competition points table when they take on the Arorangi Cowboys today.

The two teams will battle it out in The Bond Store match of the week at Raemaru Park, starting at 4pm.

Panthers started their 2018 season with a 30-18 win against Takuvaine Reds, while the Cowboys went down to defending champions Avatiu Nikao Eels 0-15 last week.

The Darren Piri-coached side will march into the battle as the top favourite but the Cowboys cannot be underestimated, especially at home, where they have silenced top teams in the past.

Cook Islands Rugby Union development manager Ben Koteka said there would be extra pressure on the young Cowboys team to perform at home this weekend, especially after last week’s loss.

The match between the two teams will bring some exciting clashes in the forwards and backline.

“The midfield clash between strong running and tackling inside centres Sam Mataora (Panthers) and Andre Iro (Cowboys) will be a good watch, with both ex-forwards obviously chosen to give their teams extra ‘go forward’ in the midfield,” said Koteka.

“The battle of the loose forwards will be interesting too, with Thomas Toa, Tom Weeks and Filipo Schmidt of Panthers versus the Cowboys’ Robert Heather and Patella Tou. The forwards could also dictate the final outcome and fulltime result.”

In the other Senior A match, Titikaveka Bulls will play their first match of the season against the Eels at Teimurimotia Park.

“The Eels will go into this match as the favourite, having won last week 15-0 against the Cowboys. However, this will be the Bulls’ first match of the year so match fitness and cohesion will be tested,” Koteka said.

Eels will be led by national rugby forwards Tamarua Nicholas and lock Tokerau Raru, while the Bulls will have the services of national sevens reps midfielders Logo Leuta and Sailosi Nagi.