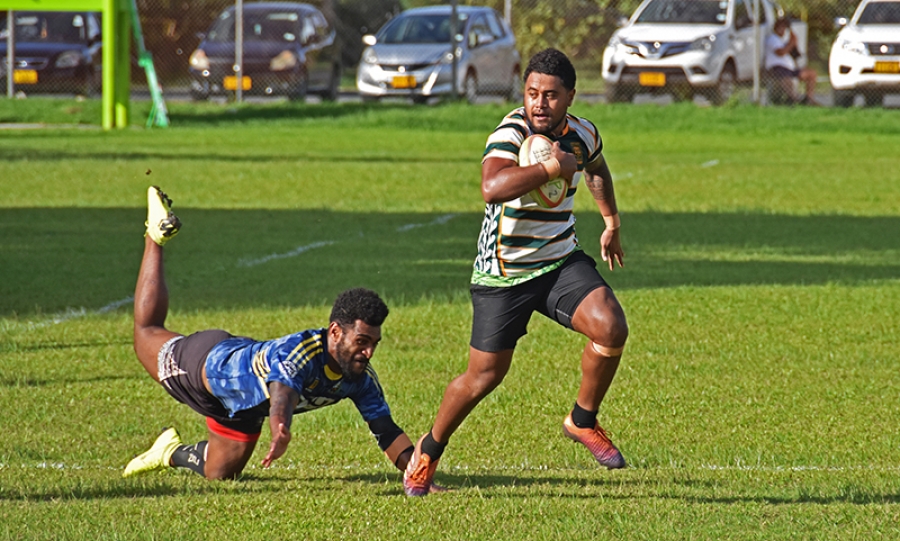 Manatoa's Leki Vahefoou makes a break against Avatiu in the Raro Club Pre-Season Sevens at Victoria Park on Saturday. 19061612

The tournament played at Victoria Park in Tupapa got off to a slow start after two teams – Takuvaine and Ngatangiia/Matavera – pulled out in the eleventh hour on Saturday.

However, this failed to dampen the spirit of the Manatoa side coached by Vase Samania. The team comprising national players training for the Pacific Games in Samoa next month won both of their matches over the weekend.

In its opening match, Manatoa defeated Titikaveka 28-12 before beating Avatiu 28-14.

Avatiu also made a good start to its campaign, winning the first match against Titikaveka 22-5. In the other match, Tupapa overcame Arorangi 31-7.

Cook Islands Rugby Union development manager Ben Koteka said the final round robin matches will be played this Saturday before the playoffs.

Koteka said the players were still finding their feet, using the tournament to blow away the cobwebs before the season begins proper later this month.