Eels through to the final 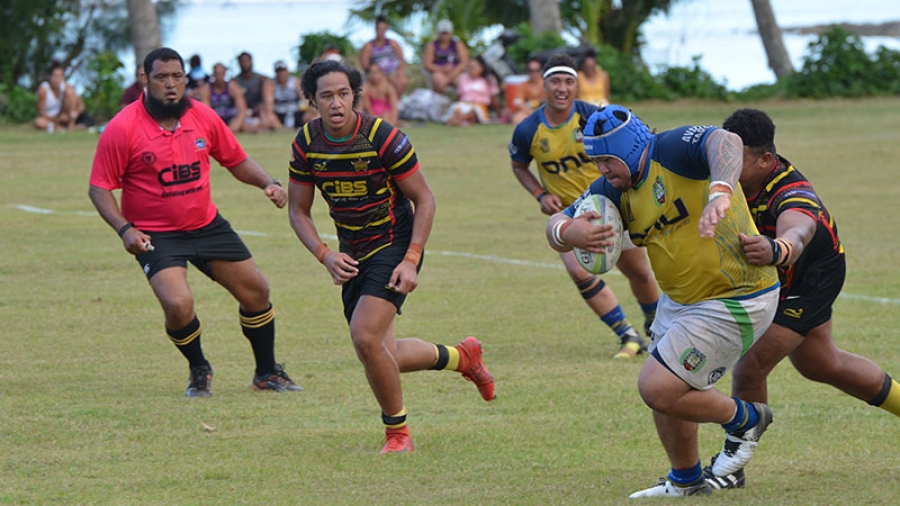 A jubilant and relieved Avatiu Nikao Eels have booked themselves a spot in weekend’s Rarotonga Club 15s final.

The George Fatafehi-coached side defeated Arorangi Cowboys 26-21 in an intense semi-final at Ngatangiia Field on Saturday.

Although the Eels scored four tries to two, they had to work hard for this win as they missed some kickable shots at goal with potentially 17 points – four conversions and three missed penalties – wasted.

The Eels plan was simple – move the ball to the wider channels to stretch the defense and that is where they scored the majority of their tries.

Any wayward Cowboy kicks, the Eels back three would counter-attack and return with plenty of interest.

Competition coordinator Ben Koteka said: “The Cowboys were behind at the half-time break by 3-18 but as we have seen all season the Cowboys are persistent and they never gave up.”

Then Cowboys forward pack started to win quality set piece ball however at times their inability to execute some basic fundamental attacking moves when shifting the ball into the wider spaces and over-kicking, did not help their cause.

“But to their credit the Cowboys just never gave up the fight and they kept the Eels honest right through to the fulltime hooter,” Koteka said.

The grand finale this Saturday will be held at Arorangi Field.