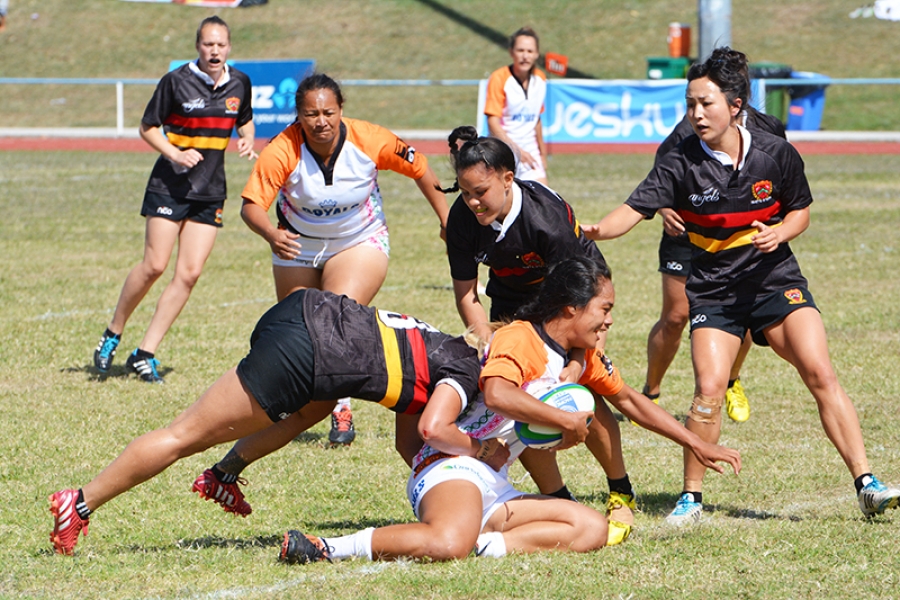 Some exciting matches are expected in the women's competition.

The Wellington Barbarians are looking forward to their debut in the Raro Rugby Sevens.

The New Zealand-based side will be one of the four women’s teams competing for the title in the three-day tournament at the BCI Stadium in Nikao.

Wellington Barbarians team manager Brenda Collins says they have a strong team and will give the other sides a good run for their money.

“It’s a team created by several senior women players to provide an opportunity for players to experience a unique team atmosphere whilst playing some competitive rugby,” she said.

“Since its establishment in 2014, the team have participated in several tournaments in the attempt to promote and strengthen the participation of women in rugby.”

Coached by Dawn Patelesio, who has played over 300 club games for Northern United Rugby Club in Porirua, the player base includes young athletes, seniors, mothers and even a grandmother and the squad members come from Wellington, Auckland, Melbourne and Sydney.

“We are a team connected through rugby and family, and we are looking forward to partaking in the Raro Sevens for the first time,” Collins said.

Meanwhile, home side Raro All Stars will be hoping to retain the title they won last year under team name Landholdings.

The team is likely to comprise professional New Zealand players alongside the Rarotonga-based players.

Manager Moari Allsworth said the reason for including overseas players in the team was to give the locals an opportunity to play with experienced players and expose them to top level competition.

She hopes this will eventually help in the development of women’s rugby in the country.

“The event has helped keep women’s rugby alive by encouraging participation and also helps promote health and fitness in the country,” Allsworth said.

The women’s team will play in a round robin competition before battling it out in the semi-finals.