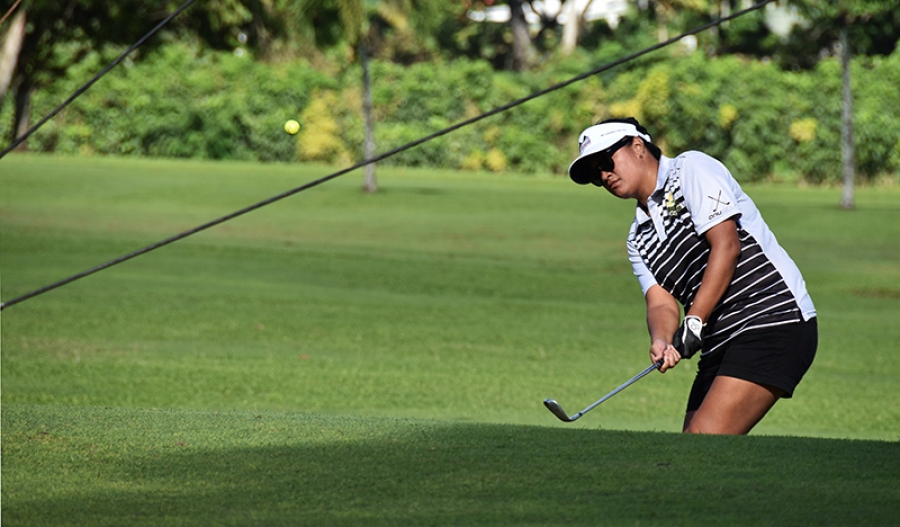 Herman, who has a handicap of three, carded an impressive 13 under par 203 to claim the title against top guns William Howard and New Zealand-based Trey Shedlock.

Top local men’s golfer Howard (handicap -3) was close behind, finishing on 10 under par 206 followed by Shedlock (handicap -1) on six under par 210.

In the ladies open, leading female golfer Rotana Howard finished on top after carding nine over par 225 in the three-day annual event.

Rowena Newbigging finished second with a gross of 245 followed by Katey Karati.

“Highlights on day two after 36 holes was James Herman’s 62 gross (8 under the card) to take the open men lead by six strokes from William Howard, Daniel Webb and Trey Shedlock, all tied on one under 36 hole with a total of 139,” Johnson said.

The day two performance from Herman propelled him to a comfortable lead and undo a grand effort from William, who carded four under par, on the final day.

Johnson said the burning question among the golfers on the final day was whether old stallion Herman could hold out the two young champions in William and Shedlock.

“Going down 10, James had a four shot lead over Trey and Dan (Webb) and five shots over William. The pressure you think would be on James however he birds 11 and William’s bogey eased off the pressure.”

Herman put on a steady performance, carding two under par to claim the overall 13 under par win.

William, despite carding his best score in the championship (five under par), had to settle for second best.