GOVT HOUSING NEEDS TO BE EXPLAINED

Our Cook Islands 'super' fund is not that super at all...

You have to feel sorry for those long suffering suckers that have money locked up in the Cook Islands National Superannuation Fund.

High-flying PM at it again already

Thursday 3 May 2018 | Published in Smoke Signals

A question of money…

Now's the time for another road check

After all the rain and flooding, now’s the time for PM Puna to do an inspection of the roads on Rarotonga, a smoke signaller says. “But try a motorbike this time and my advice wear a helmet: it’s a pothole minefield!”

TE MATO VAI COSTINGS A LITTLE VAGUE In discussions with a fellow petitioner to parliament regarding Te Mato Vai, a question was raised regarding the lack of costings for the project. What would our three local banks think about lending on an application to finance a project of this magnitude? The application would read something like this: “It will be roughly $30 million for the ring main and another $34 million for stage two. A total of $64 million. (These figures are estimates only; we will know the real costs after we start the project).” EXTORTION CLAIMS What is the outcome of these ridiculous claims by Wilkie Rasmussen regarding George Pitt? Have the police completed their investigation? After all the media hype surrounding this much-publicised incident, nothing comes of it? SS: Our repeated questions on this subject have met with silence. It is strongly rumoured however, that Pitt is, or has been, advising some factions of the Democratic Party. CULTURE CONTEST JUDGING Congrats to all the Tereora College teams that competed in the cultural festival competition at the Auditorium last Thursday night. However, in the spirit of fairness, in the future, please don’t select judges who are directly helping the teams in the competition which is what happened at the auditorium. If judges are helping a particular team, then they should not be allowed to judge when their team is performing to show fairness to everyone. Otherwise it puts other teams at a disadvantage and will destroy the hard work and effort that has been put into the performance by the other groups. On a positive note, it is good to see that our culture is still alive. DON’T CYCLE ON THE FOOTPATHS! I was walking along the footpath on the way to the market on the lagoon side the other day when I nearly got run into by a very fast local cyclist coming at top speed from behind. I then had to move over as several tourist cyclists came towards me on the same footpath. This is happening more regularly than ever before and since the tourist season will be starting in earnest soon, I think signs should be put up to say this is not a cycle track! MURI SPEED LIMIT Early in the first term of government the then police minister (Henry Puna), imposed a speed restriction in the area of Muri. There has been very little by way of enforcement of this restriction (by traffic authorities and little radar or checkpoints). However, the condition of the road throughout Muri/Titikaveka is such that any speeds above the imposed limit would be hugely detrimental to the integrity of any vehicle. STOP TALKING AND DO SOMETHING There is continual rhetoric from the government regarding the condition of Rarotonga’s lagoon waters. However, over the last few years there has been very little actual decision-making as to what remedial works or causes of the problems are required, to correct the unhealthy situation. BIKE SAFETY When school resumes next year, let’s hope the students get a good talking to about the need to take care on the roads when they ride their bicycles. Some elementary knowledge of the road rules and the need for common sense, might be helpful. Doing wheel stands, weaving all over the road and not bothering to look before riding on to busy roads, isn’t conducive to a long life.

Regarding the viability of retirement homes on Rarotonga, a smoke signaller writes:

Could Infrastructure Cook Islands or whoever is responsible please fix the dreadful potholes around the island? 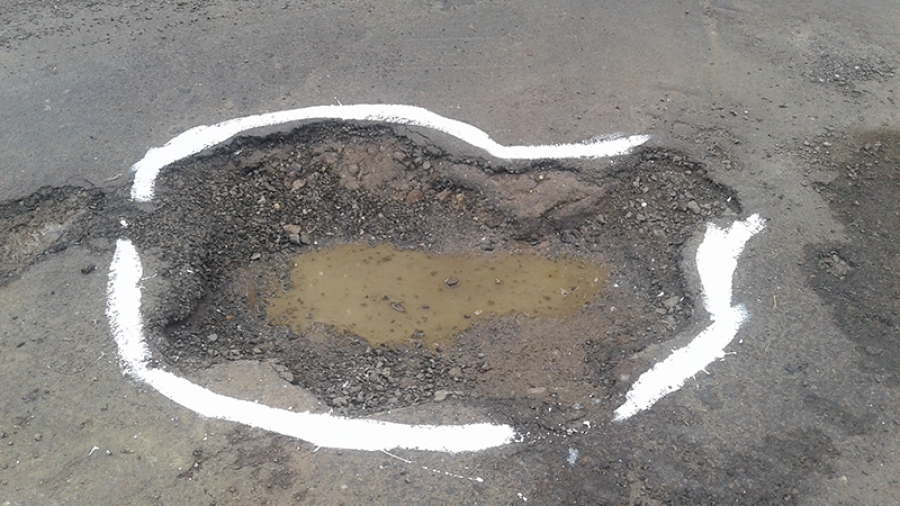 It’s the 20th today. So happy to be paying about $30,000 in VAT and PAYE to RMD, knowing the politicians will spend it wisely on their travel, and that other businesses who should be paying their share are not. Real happy, NOT.

An awful sight at the roundabout in front of the courthouse last week – just as a car was rounding the curve to head out of town, the front passenger door flew open and out tumbled a young girl of no more than four or five.

Well, while we wait for the same sad Chinese crew that built the sad courthouse to come and ‘fix’ the place up at the cost of millions, the same sad administration of the Ministry of Justice can’t find the time to clean the nice, fresh mould and slime off the brand-new tile steps that replaced the mouldy and slime-infested old steps. Asleep at the wheel.

Stealth traffic stops do the job

Good on our police women and men for recent ‘stealth’ traffic stops.

Historic closure of a once famous nightspot

With Banana Court now closed a smoke signaller wonders how long it has been since Friday-night revellers on Rarotonga didn’t have the option of a drink at the famous nightspot. Can anyone remember a time (apart from during cyclones) when the historic building was closed?

The government has figured out a new way to waste our money.

No crew in sight

Under an agreement made with the court, the operators of the ill-fated vessel Tiare Taporo were supposed to provide a crew from New Zealand to sail the ship out of Avatiu harbour whenever it seems likely a cyclone or big storm could strike.

The police keep banging on about how every dog must be registered or they will be shot.

$18 million written off for those outfits that cheated every law abiding citizen of this country before 2010.