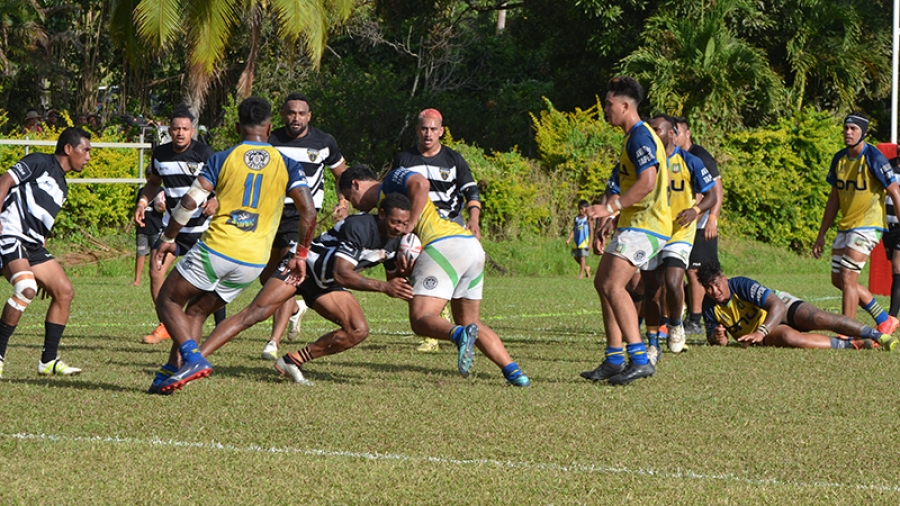 The successful double header format in the domestic rugby union 15s competition will continue this year.

In his annual report, Teiotu said the 2020 domestic rugby union season had been in discussion a lot, with some surprising and exciting events.

The success of those events would see some changes in their rugby calendar this year, he said.

“As of today, we are still facing uncertainty and more challenges ahead of us. We must be thankful to the Almighty who continues to care for us. In His guidance and one way or another, we will overcome these challenges in anticipation for riches and the enjoyment that rugby brings to our people both locally and abroad,” Teiotu said.

The 2021 season had a positive start following the adoption of the new Cook Islands Rugby Union Constitution at the 2020 annual general meeting in December.

Teiotu said this document was in line with the current Oceania and the World Rugby principles and guidelines.

However, he said: “In my view there is still area for improvement to suit our working environment as a country. We pray this Covid-19 will not deter our commitment to rugby union as a whole.”

The union faced uncertain times last year but managed to overcome the challenges posed by the Covid-19 pandemic to hold successful competitions.

Towards the end of March last year, all sport activity across the country were suspended until further notice.

In April an emergency meeting for the Cook Islands Rugby Union executives was called to review what course of action to take during the Covid-19 crisis.

Teiotu said they started their 2020 season with the Quick Rip Sevens introduced to primary schools around the island in May.

In July, the Cook Islands Rugby Union received approval for full contact competition from Ministry of Health. The domestic competition started with Town versus Country format in the same month.

Teiotu said: “One thing that came to benefit to all was all games were played at one venue. So, it was good to see the support of the five clubs coming together.”

“This will continue for 2021 season as all clubs were excited with the format. This is great as each host club can implement fundraising activity during the day.”

This was followed by the inaugural Tri Series between Cook Islands Residents, Fiji Residents and Samoa Residents. Samoa was the eventual winner.

“This Tri Series was initiated by one person with the support of his club – Pare Rongokea Jr, who is a former senior rugby union player and has been the Arorangi Cowboys Rugby Union executive for a number of years,” Teiotu said.

“The support from the three ethnic communities across the islands were hugely noticeable throughout the three-day games. The attendance and support by the communities were extremely successful and in full capacity. The standard shown during the matches showed real passion and country pride.”

The Raro Sevens tournament held last month brought down the curtain on the 2020 season. Tupapa Panthers retained the men’s title while Avatiu claimed the women’s division. The U17 division went to Arorangi Cowboys.

“On behalf of the CIRU, I would like to thank you all of our sponsors and community stakeholders for their on-going support during the year (2020).”