The battle of Pacific heavyweights 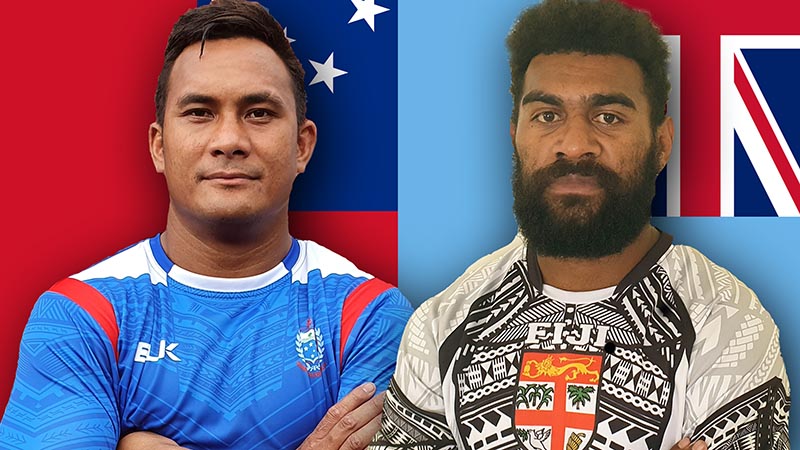 Fireworks are expected on and off the field when arch-rivals Fiji takes on Samoa in the inaugural rugby series.

It’s do or die for Fiji Residents in the Tri-Nations rugby union series this afternoon.

After going down to Cook Islands Residents 10-15 in the opening match last week, the side faces a must win against Samoa Residents at Raemaru Park in Arorangi.

“If we are able to beat Samoa then we are still in the series which will then be decided in the final match between Cook Islands and Samoa. So, we still have a chance,” Bendini said.

Individual play was one of the factors contributing to their loss against the home side, he said.

“We have worked on our weaknesses and players had an extra week to gel together so hopefully we play more as a team this week.”

Tupapa Panthers centre Tua Ravula has joined the Fijian side and Bendini said they would make four to five other changes for the Samoa match.

“It will be a tough match and we will give our best.”

“We are expecting nothing less than a tough match. They already got one game under their belt and they will surely bring a lot of physicality to the contest. They also have some dangerous runners and we have to be ready for that,” Moananu said.

Cook Islanders, the Nicholas brothers Clive and Lui, Agostini (Gas) Heather and Richard Piakura will also feature for the Samoans.

Moananu said: “We have a mixture of experienced players and also some boys who have been out of the game for a bit … we have really focused on players who can guide us when the pressure is on.”

Ben Koteka of Cook Islands Rugby Union said both teams have speed to burn however the pressure would be on Fiji to win.

“This should be an exciting contest between these two Pacific island super-powers. My prediction is for a high-scoring match and whoever dominates up front will win this match! Best of luck to both teams.”