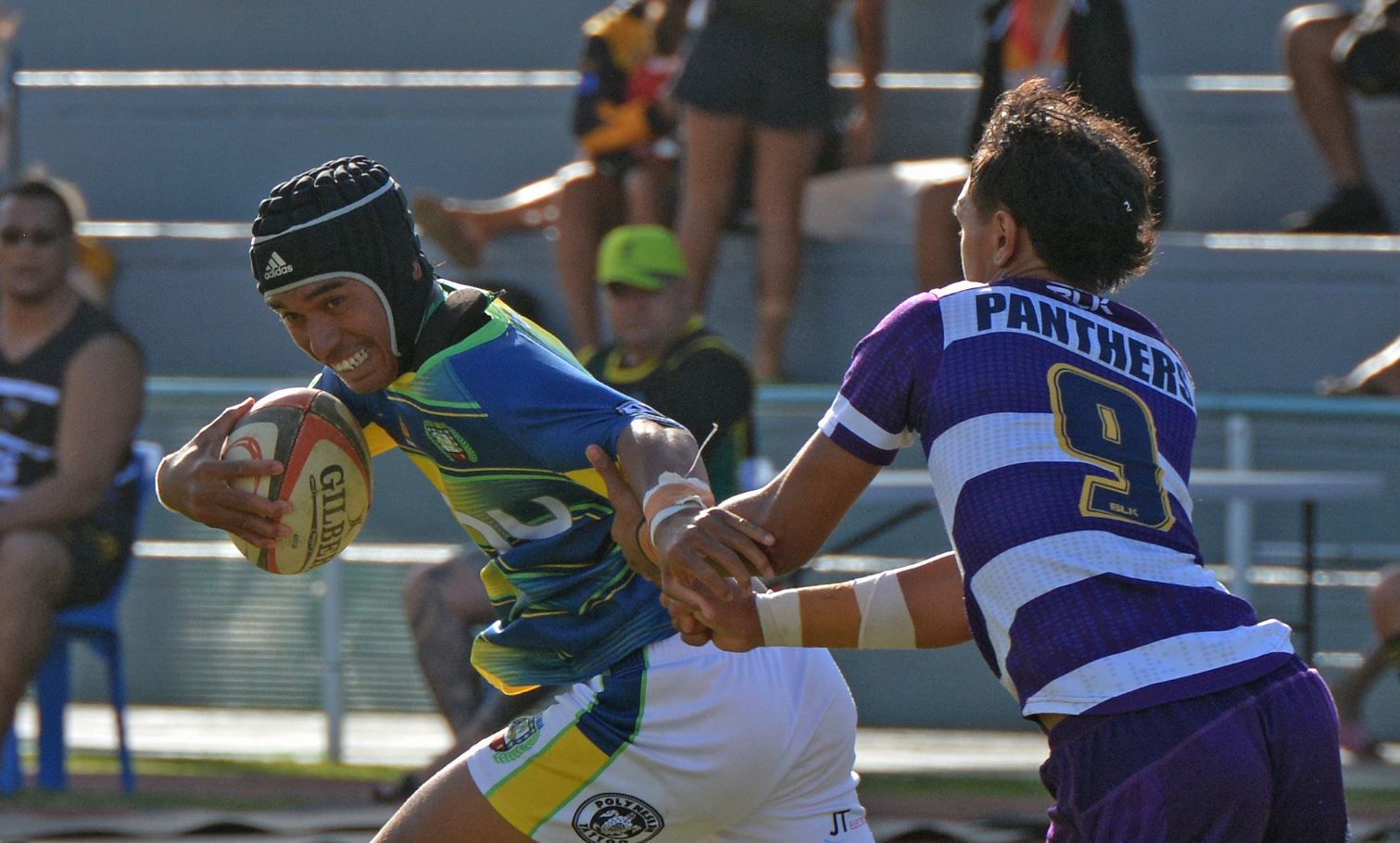 Avatiu Eels’ Maeva Mateariki tries to get past a Tupapa Panthers defender at the Raro 7s tournament last week. Cook Islands Rugby Union is unable to send local-based players to the upcoming Oceania 7s due to its “financial states”. 22110706

The 2022 Oceania Rugby Sevens Challenge will be held on November 19 and 20 in Brisbane, Australia.

It will feature 14 teams vying for a place in the 2023 World Rugby Sevens Challenger Series. The 2022 event will see eight men’s and six women’s teams from across the Oceania Region participating.

CIRU president Teiotu said due to the national body’s “financial states”, the New Zealand CIRU will attend the regional tournament.

CIRU is expected to send a player each from Rarotonga for the national men’s and women’s teams. The final squads are yet to finalised.

Teiotu said due to exorbitant airfares they are unable to send more locally based players.

“The initial Oceania 7s event was supposed to be held in PNG. Because of the Covid cases and the states of PNG, I raised and discussed this issue with Oceania Rugby. I will not support for any of our men’s and women’s teams going to PNG. The risk is very high and the cost are beyond measurable. It was in my view, in the best interest of our players, that there should be some risk assessment conducted by Oceania Rugby.

“The event venue was changed to Brisbane which I was advised by phone call about three weeks ago.”

Oceania Rugby interim general manager, Lemalu Wayne Schuster highlighted the importance of these events saying: “Providing an opportunity for all our member unions to finally participate and experience International Sevens rugby once again is critical in recharging their sevens programs after a two-year absence from International competition.

“Given the success of Oceania teams at recent HSBC Sevens Series events, we want to replicate these successes across all our other member unions, especially those vying for spots in the World Rugby Sevens Challenger series. To accomplish this, they need to be exposed to more high-level competitions in the region” Schuster added.

The men’s event will feature Cook Islands, Kiribati, Niue, Papua New Guinea, Solomon Islands, Tonga, Vanuatu, and Australia A. Tonga and Papua New Guinea will be hoping to return to the World Rugby Sevens Challenger Series after both participated this year. Kiribati will be the unknown factor in their maiden outing at an international event.

A total of 42 matches (24 Men’s and 18 women’s matches) will be played across two days of competition.