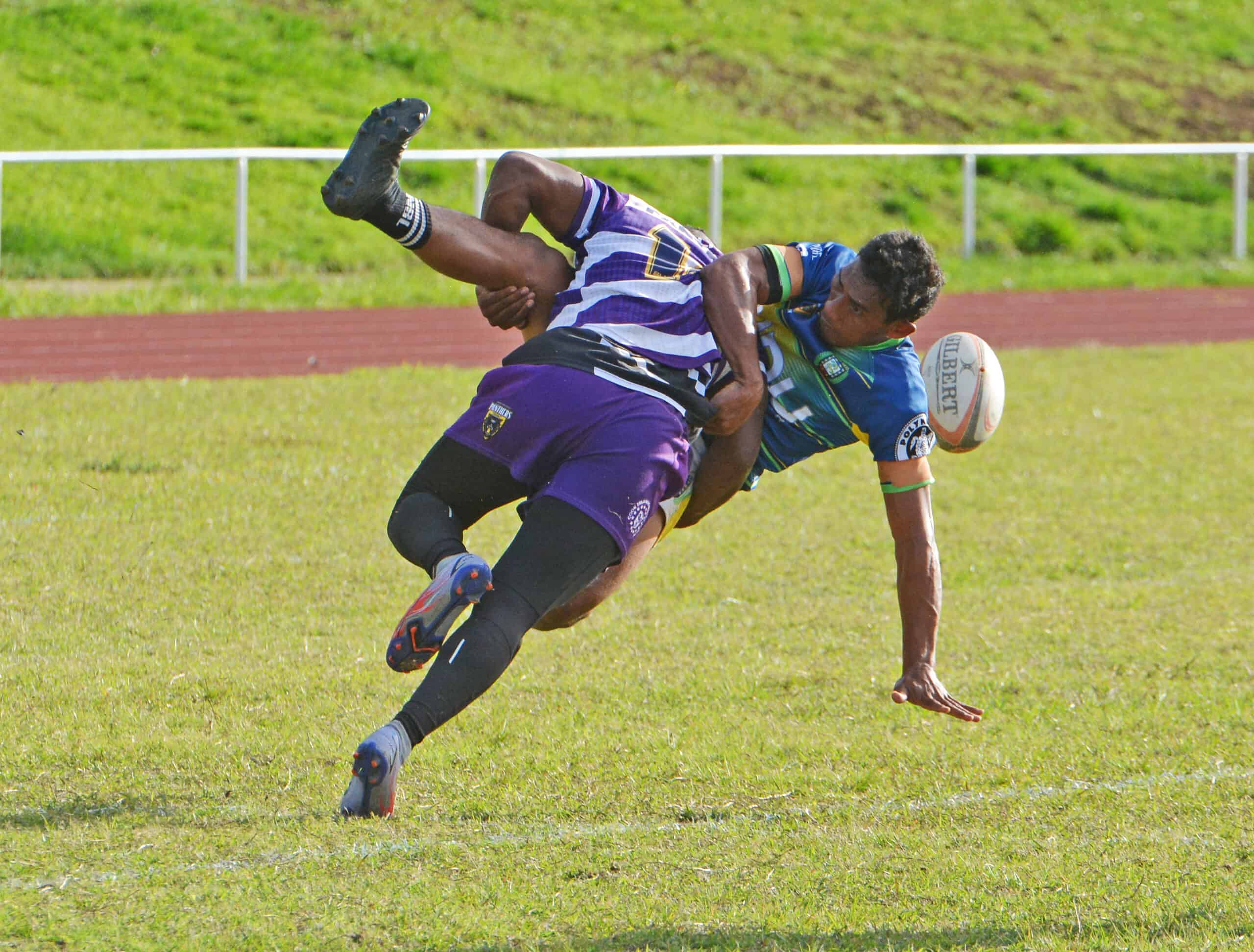 Avatiu Eels’ Viiga Ruepena loses possession in the team’s 17-0 win against Tupapa Panthers at the National Stadium in Nikao on Saturday. 22110610

Avatiu Eels and Lady Bears were crowned the new champions of the annual Raro 7s tournament held at the National Stadium in Nikao on Saturday.

In the men’s final, the unbeaten Avatiu Eels thumped the 2021 champions Tupapa Panthers 17-0.

The Panthers also fielded a mix of experienced and young players – the likes of Tevii Ngametua and Francis Terepo.

In the women’s competition, the Lady Bears were crowned the new champions after beating last year’s winner Lady Panthers 17-0.

In the Under-18 competition, Bears defeated Panthers 31–7 to claim the U18 title.

The U18 Bears proved too strong with tries scored by halfback Nia Remuera (two tries), centre Henry Mataio, and their wingers Adam Terepo and Julio Tauu.

“Thank you again to TAU and Vodafone for rewarding great play and behaviour on the field with a trophy, gifts and vouchers.

“During these testing times thank you to all our teams, players and coaches – a special mention going out to the Aitutaki contingent who contributed three teams – brilliant support from Aitutaki.”