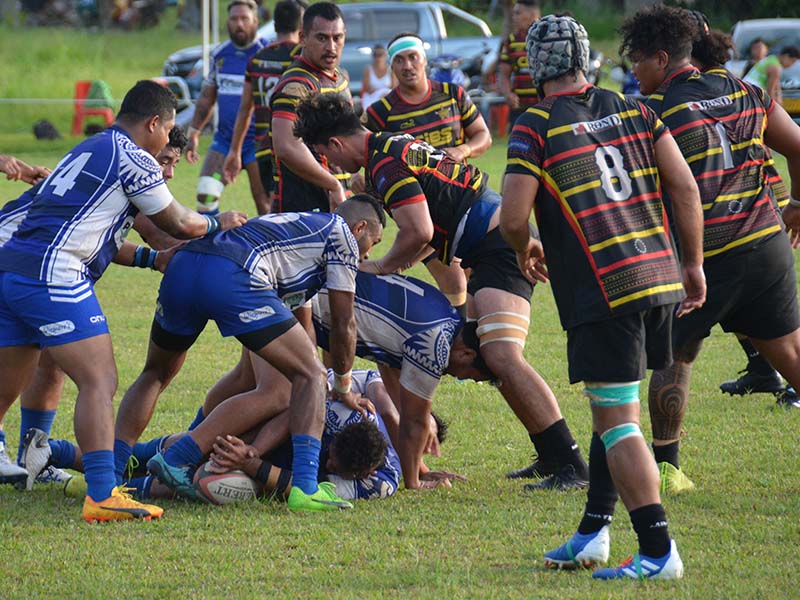 A man of the match performance by classy Samoa Residents first five eighth Viiga Ruepena helped guide his team to a 28-20 victory in the inaugural Tri Nations 15s final.

The decider against Cook Islands Residents side was played at Raemaru Park in Arorangi on Friday last week.

Although Samoa were obliterated in the scrums, they stayed in the match through their free-spirited running game which consistently tested the Cook Islands defence especially in the wider channels.

The home side had sufficient possession but late in the match they seemed to kick it away needlessly – much to Samoa’s delight – as the visitors gladly returned the ball with plenty of interest.

Despite the loss, loose forwards Ayden Kapi, Thomas Toa and Tereinga Henry and prop Jeronia Raea stood out for the Cook Islands side.

For Samoa, alongside Ruepena, forwards Afeleti Anau and Oswell Tunupopo, who scored a try each, were impressive.

Ben Koteka, the development manager of Cook Islands Rugby Union, said: “The inaugural Tri Nations 15s has been a refreshing inclusion to the CIRU calendar, to unify our community, the close competition added to the weekly excitement, with the potential build local capacity.”

“Thank you to all involved; the teams – coaches and management (Cook Islands, Samoa and Fiji), Arorangi Rugby Club – our 2020 hosts, referees, Vodafone, Vaka TV, volunteers and supporters, meitaki ma’ata and God bless you all.”

Cook Islands Rugby will host the U13 Rarotonga Primary Schools Championships (boys and girls) at Ngatangiia Field tomorrow, starting from 9am.

The much anticipated two-day Raro Sevens tournament kicks off on Friday at the National Stadium in Nikao.