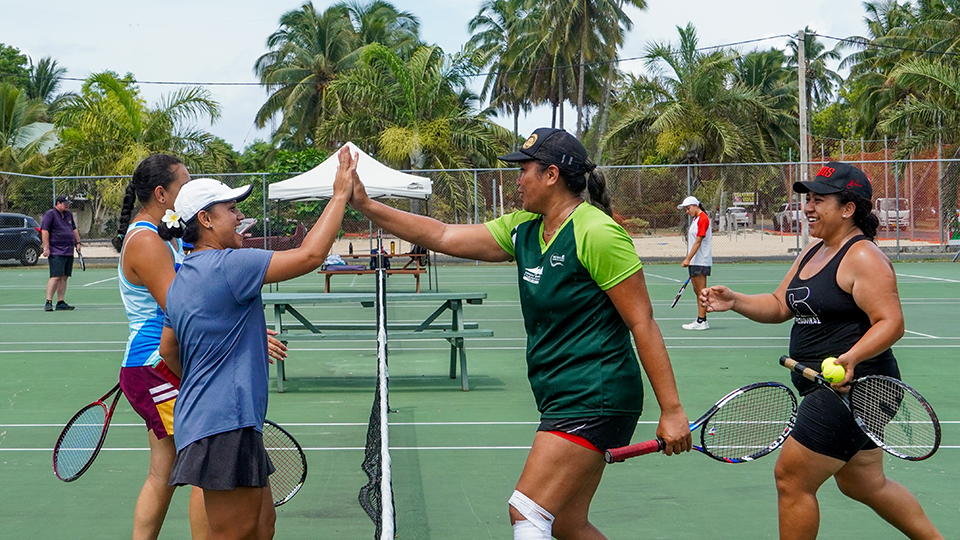 Tennis Cook Islands held a social doubles tournament in a bid to promote the sport in Rarotonga.

Maeva-Leigh Herman, the president of the Social Committee for Tennis Cook Islands, said the tournament had a handicap system to allow non-tennis players the chance to play off fairly against the more experienced players.

But at the same time, she said it allowed for the more experienced players to challenge themselves.

“We had an awesome diverse background of players on the day from the young to old and experienced to non-experienced which made the tournament a very enjoyable experience,” Herman said.

“After round two of our matches we had an intermission where we held fun tennis games.”

This included prisoner which is a common fun game that is made up of six people with the objective of eliminating the opposing team.

“We had four teams sign up for this intermission game.”

Along with this game, the organisers ran two exhibition matches where local champions Ruby Pierre and Maka Maui took the court to challenge anyone “who could win three straight points against them”.

“It made for great entertainment,” Herman said.

Andrew and Moana claimed the top prize while the consolation prize went to Charlee McLean and Mele Metua.

Tennis Cook Islands would like to thank the following sponsors and supporters:

“And a big meitaki maata to all our players, friends and families,” Herman added.