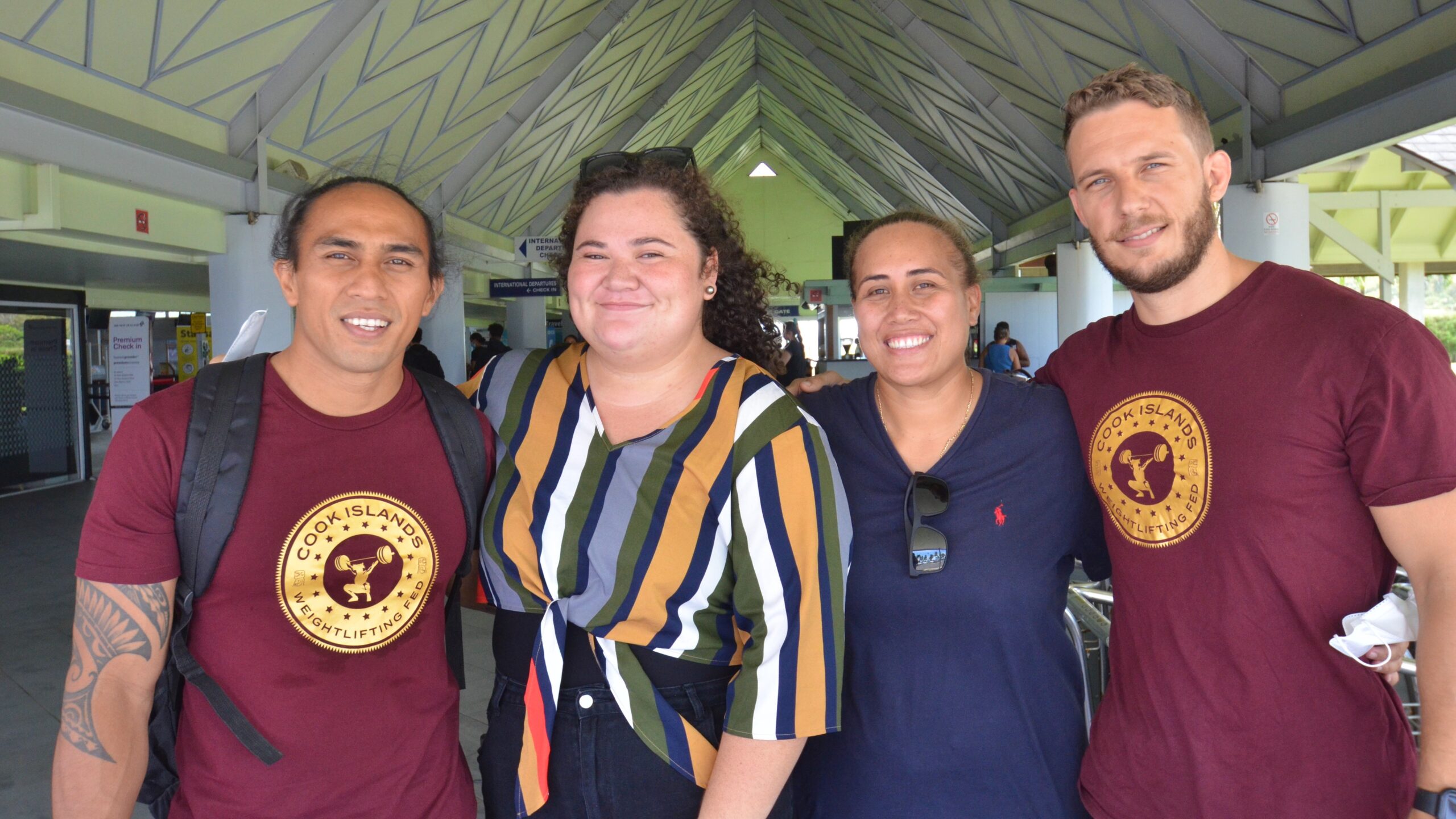 Cook Islands weightlifters are taking on the tough competition overseas for the first time in nearly four years.

Commonwealth hopefuls Jerome Tura and Manine Lynch were among a delegation of five who flew out of Rarotonga yesterday, bound for the 2022 New Zealand International event in Auckland this coming weekend.

“We are looking pretty good.”

Jerome Tura will be lifting in the men’s under 81kg weight class and Manine Lynch will be competing in the women’s 87kg plus.

“We could be looking at Commonwealth qualifiers, that is what we are looking for,” Stetka said.

Both athletes are set to compete in the snatch, and clean jerk disciplines – Tura on Friday and Lynch on Saturday.

The competition will be streamed live for those in the Cook Islands who are keen to catch the action.

It is a first international outing for the pair who showed promise early on during CrossFit training.

Both Tura and Lynch said they were excited at the prospect of making their mark on the international stage.

This summer event will be the first international competition to be held in New Zealand since the 2017 World Masters Games, and serves as one of the final recognised events for athletes seeking to qualify for the Birmingham 2022 Commonwealth Games.