Saturday 29 May 2021 | Written by Gerald McCormack | Published in Features, Weekend 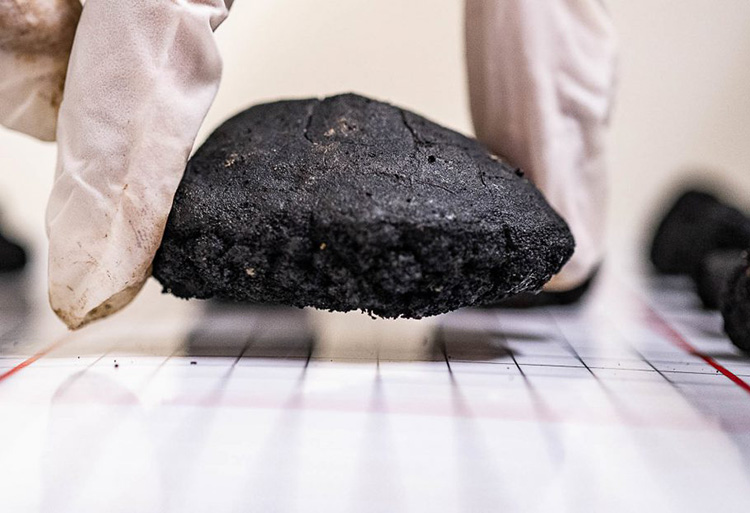 A precautionary approach of two concurrent nodule mines has the potential to provide a major new revenue stream for the Cook Islands of around US$90 million (NZ$124m) per year, writes Gerald McCormack, Natural Heritage Trust.

In an article concerning the possibility of seabed nodule mining in the Cook Islands (Cook Islands News, March 27), Te Ipukarea Society wrote: “We are confident that further research will show that the goods and services that the ocean provides humanity are actually worth many times more than what we will get from mining, and for a much longer term.”

In discussing this claim I will focus on deep sea services because with a precautionary approach to nodule mining the main impacts will be in the deep sea rather than the surface waters.

The variety and global values of the main deep sea services are presented in the 2020 Food and Agriculture Organisation (FAO) circular: ‘Economic value of ecosystem services from the deep sea and the areas beyond national jurisdiction’ (Ottaviani 2020).

Although the circular is focused on the “areas beyond national jurisdiction” (ABNJ), or International Waters, it also includes the deep sea within “exclusive economic zones” (EEZs), which makes it inclusive of the Cook Islands polymetallic nodule fields.

Te Ipukarea Society claim is pitting the value of the local minerals ecosystem service against the other services. To focus on this issue, I removed minerals (and fossil fuels) from the FAO table and refer to the remainder as biotic services, although some have non-biological components.

The table shows the FAO estimated value of each service for 2014 along with its percentage of the total. These are global estimates and below we will estimate the relevant Cook Islands’ contribution to the global total and compare it to the estimated value of nodule mining.

The oceans cover 361 million square kilometres (km2) or 71 per cent of the earth’s surface. Ninety per cent or 325 million km2 is designated as deep sea, defined as waters below 200 metres, which is the depth of the Photosynthesis Zone of the ocean.

The Cook Islands’ EEZ is two million km2 (0.615 per cent of the global deep sea area). Nodule mining will most likely occur in areas with nodule densities of more than 10kg/m2 in the central South Penrhyn Basin (SPB). This nodule-rich habitat has an area of about 300,000km2. Considering the likely economic constraints, it has been predicted that more than two concurrent mines would not be economically viable because of depressed mineral values.

As a basis for discussion, I will use a scenario of two concurrent mines together removing all the nodules from a nodule-rich area of about 340 km2/year. This area is about 0.0001 per cent of the global deep sea area.

In the Trust’s 2016 booklet on a precautionary approach to nodule mining it was estimated, based on Hein et al. (2015), that each viable mine would provide a national revenue of about US$45 million (NZ$62m) per year, based on a 3 per cent royalty for an unprocessed resource plus corporate taxes.

Therefore, our scenario of two concurrent mines would produce a Cook Islands revenue stream of about US$90 million (NZ$124m) per year, which is 450 times greater than ecosystem biological services from the same area valued at US$200,000 per year.

Table of deep sea services and their global values. SUPPLIED/21052818

Without experiments with proposed nodule collectors it is not possible to estimate plume damage, but as an extreme, let us assume the area of damage is twice the 2-mine area, which would raise the value of the biotic services to about US$0.4 million (NZ$0.55m) per year, or 0.5 per cent of the annual value of the nodules.

To this point in the discussion we have assumed it is an either-or situation, whereby the Cook Islands cannot harvest the nodules and also maintain the deep sea ecosystem services. However, my review of articles on the likely negative impacts of mining on the various biotic services will show this assumption is false.

Estimating the value of pharmaceutical provisioning service was very difficult because so few deep sea drugs have been brought to market. The FAO circular used the six deep sea drugs approved by the US Food and Drug Administration (FDA) to estimate a value of US$2300 million (NZ$3166m) per year for global pharmaceutical services.

However, if mining follows the precautionary approach, the estimated value of pharmaceutical provisioning is irrelevant because there will be no significant negative impact on this service.

Such an approach would ensure that samples of all animals and microbes collected during the exploratory phase are made available for pharmaceutical assessment. In fact, the seabed biological research facilitated by the possibility of nodule mining will enable the country to gain the full benefit of this service even if mining never occurs.

Deep sea fisheries made up 5.3 per cent of all global biotic services. Although our oceanic fishery is small compared to Kiribati and countries to the west, it is our second most important revenue stream. This industry could be negatively impacted by the release of nutrient-rich bottom-water or sediment at the surface.

The Trust has been recommending a precautionary approach whereby any sediment be returned to near the seabed (below 4000m). Van der Grient and Drazen (2021) were more conservative in concluding sediment might need to be released “deeper than 1500m to avoid both the commercial species and their vertically migrating prey”.

Their conclusion is consistent with the NIWA (2016) conclusion that nodule mining seabed activities would be very unlikely to impact oceanic fisheries, because of the great depth and the lack of upwellings. The Trust continues to promote a near-seabed release of sediment until more research supports a shallower depth.

The FAO circular concluded an immense 90 per cent of the deep sea biotic services is counteracting climate change by carbon sequestration, the removal of carbon dioxide from the atmosphere.

Although the global oceanic absorption of atmospheric CO2 is immense it is not spread uniformly across the ocean. Takahashi et al. (2009) developed a global map showing the exchange of carbon dioxide through the ocean surface.

Concerning our area, it showed that around the central South Penrhyn Basin at ~15°S absorption is equal or slightly above the release of CO2 to the atmosphere. To the south, absorption increased to a maximum of -24 units around 30-40°S, and to the north CO2 release increased to a Central Pacific high of +24 around the Equator. We can conclude that the central Cook Islands ocean is not a significant absorber of atmospheric CO2.

About 80 per cent of the dissolved carbon in the ocean is held in the deep sea, and although the central Cook Islands absorbs little or nothing at the surface, our deep sea is still an immense reservoir of dissolved carbon.

This carbon dioxide was absorbed into the near-freezing waters around Antarctica, which Murata et al. (2019) concluded absorbed about 40 percent of all oceanic absorbed CO2. The Antarctic Bottom Water (AABW) carries that absorbed CO2 down to the seabed and northward through the Cook Islands to eventually form the bottom water for the whole Pacific.

Nodule mining will not have any significant impact on the level of dissolved carbon in the kilometre-high AABW as it moves northward over our seabed nodules. The AABW sequestered carbon will remain sequestered in the current for hundreds of years.

Orcutt et al. (2020) reported the conclusions of scientists who met in 2018 to discuss the likely impacts of seabed mining on the services provided by microbes.

For nodule mining, they concluded that the “proposed mining of these nodule-bearing sediments and resulting resuspension of particles and organic matter will have a trivial impact on the ecosystem service of carbon sequestration” for two reasons: (1) “these sediments contain extremely low quantities of organic matter (< 0.5 per cent)”; and (2) the organic matter is “likely to be highly processed” making it not particularly available for microbial remineralisation, which means it will be redeposited on the seabed and sequestered.

Orcutt’s first reason definitely applies in our situation because Okamoto (2003) reported 4 percent organic matter in the sediment of central South Penrhyn Basin. The reason for such “extremely low quantities of organic matter” is the very low productivity of the surface waters and the very low level of descending organic matter to the seabed.

In this analysis of carbon sequestration within our area I have excluded calcium carbonate skeletons which eventually settle on the seabed to be sequestered as carbonate sediment.

Our abyssal nodules are below the Carbonate Compensation Depth (CCD), which is the depth by which all descending calcium carbonate is dissolved. As a result, there is no calcium carbonate sediment associated with our nodules.

In summary, a precautionary approach in our scenario of two concurrent nodule mines has the potential to provide a major new revenue stream for the Cook Islands of around US$90 million ($124m) per year, without any significant reduction in the deep sea biotic goods and services.

These biotic services, worth about US$400,000 per year ($551,007) for an area twice the size of the two mined areas, would continue to benefit humanity.