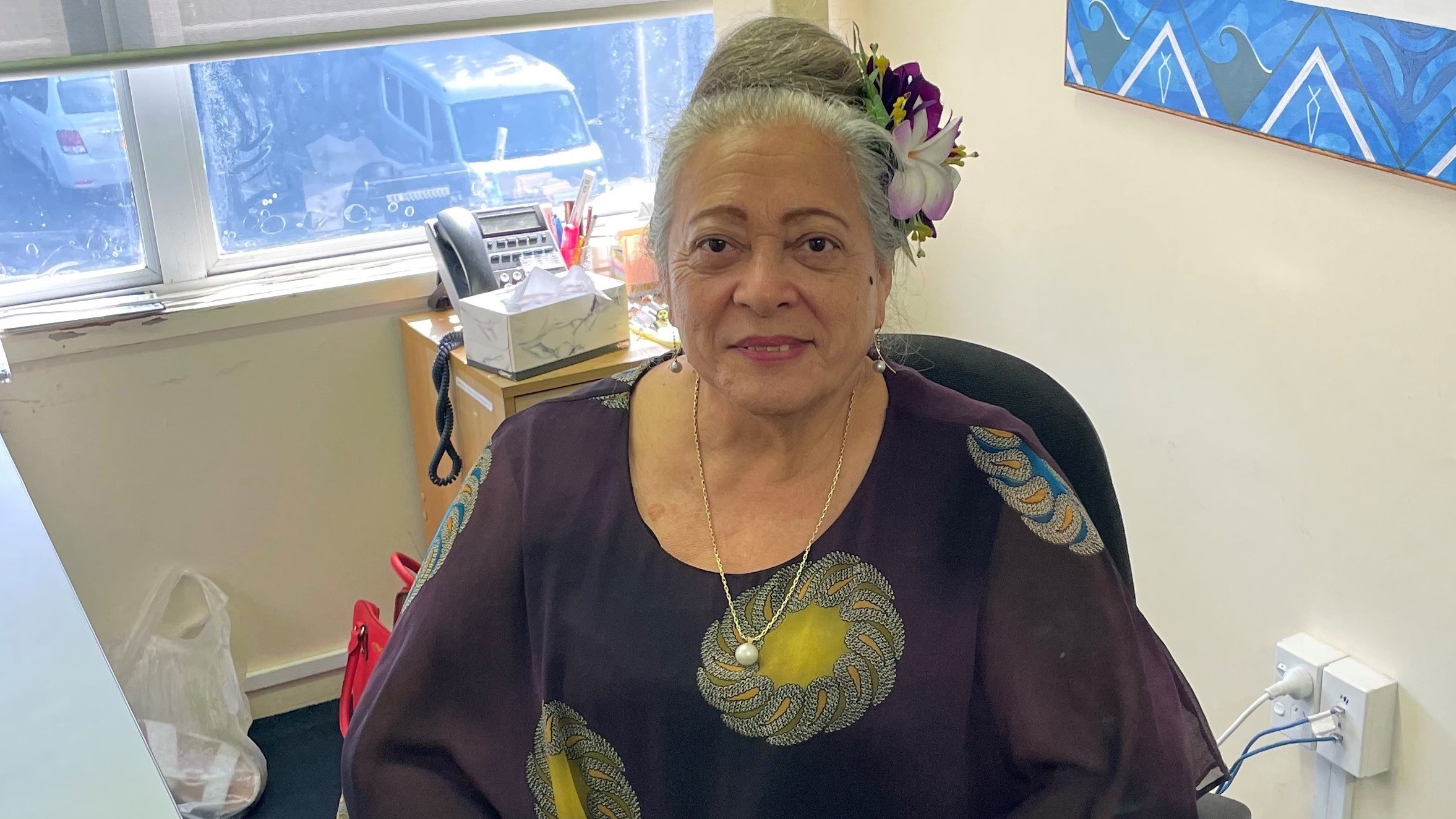 Cyclone Martin was one of the most devastating events in the Cook Islands history, but nearly 25 years on, Niki Rattle remembers the resilience of the Manihiki community. The former secretary of the Cook Islands Red Cross and current Cook Islands Ombudsman talks to Matthew Littlewood about the event.

It was a cyclone that hit with great force, and its impact was felt for weeks and months subsequently.

But for the Red Cross team who arrived on the scene on November 3, 1997, two days after the cyclone hit, they had no idea what they were in for.

“We had no idea, because there was no strong communication with the island, other than through Australia. I don’t think anybody had any idea about what we were about to face,” Rattle says.

Rattle has strong ties to Manihiki, having lived there for the first 10 years of her life, and going back there to work as a nurse from 1990 to 1993, three decades later. But it was arriving on the island after Cyclone Martin had torn through Manihiki that remains seared into her memory.

“Going back after that cyclone was like entering a war zone. I remember being worried about my family, my father was there, my daughter was there. My father was reluctant to leave the home, but eventually, some people picked him up and took him to the highest point in Manihiki, which of course isn’t very high at all.

“With the way the high seas were, the waves met each other. It was horrific.”

Rattle and the rest of the Red Cross team helped established with the Ministry of Health two makeshift medical and relief centres.

“We took the responsibility very seriously. We were looking out for the people going out to work, and making sure they were protected. It was our job to ensure any minor injuries didn’t get worse as a result.”

Rattle remembers the struggle to get hygienic products onto the island of Manihiki.

“It was something we didn’t necessarily think about before we got there, but it became very apparent. We brought in razor blades and shaving equipment for the men, and sanitary products for the women. We almost ran out of knickers on the island. We had to order them from Fiji,” she says.

Mental health was also an issue for those entrusted with the search and rescue roles.

“The psychological effect on people was marked. I remember my brother-in-law going around the island to look for people,” Rattle says.

“He had trouble sleeping, many people didn’t sleep. People were traumatised. We brought a psychologist from New Zealand to help with counselling, but there was a great sadness to so much of it, some people would have taken years to get over it. People left the island and didn’t come back.

“I have often wondered how different it might have been if we had a repatriation programme in place. But what was good was the building of the homes with the assistance of the New Zealand government – at least people had homes to go back to.”

Almost every building on the island was destroyed by the storm surge, 10 people were killed, and 10 more persons reported missing and were later declared dead by the Cook Islands Coroner.

“It’s such a small community, everyone knew each other, they were all like family. It was just so sad,” Rattle says.

“It still makes me cry today.”

Rattle remembers how things changed in the community following Cyclone Martin, especially in the way families dealt with their grief.

“When somebody dies in Manihiki, that person’s burial is like a Royal family member dying. The whole community comes together. It’s a grand affair, you have people lining the road, carrying it from the road to the church,” Rattle says.

“So, what was sad about Cyclone Martin was the fact that the people lost weren’t able to have that sort of burial.

“But what was beautiful later was there was a monument built on the beach, which people could go back to pay their respects.”

Resilience is a word that is peppered throughout Rattle’s recollections of Cyclone Martin. She recalls how people would “try anything” to maintain a semblance of normality.

“Men would rescue bikes which had been submerged in water, and somehow getting them to start again. It was incredible,” Rattle says.

She recalls that it was “mostly men” who had been left behind in the aftermath of the cyclone, with most women and children evacuated to Rarotonga.

“We had these guys working really hard, clearing the road, clearing the debris so you could move around the island without hurting yourself. At the end of the day, the men would all congregate at the makeshift centre,” Rattle says.

“What saved so many of them was their faith. They would sing their hearts out. I would watch the sheer emotion that they brought to those church songs, and to the reading of passages from the Bible.”

Despite the sheer damage wrought and lives lost, Rattle believes if it weren’t for the response from all the different agencies – from the Australian and New Zealand and Cook Island governments to non-government organisations such as Red Cross – it could have been even worse.

“The Red Cross was just so, so busy throughout the six or so weeks after the Cyclone,” Rattle says.

“We started bringing in shorts and singlets and clothes for all the people helping out. It was a way to keep morale high during what was an often-traumatic event.

“But it was also simple things – people wanted paper and pens so they could write back to their families.”

After Cyclone Martin, more than 360 people on Manihiki, about half the island’s population, were evacuated to Rarotonga.

“You have this island with such natural beauty. People who live on the island are very resilient. They put up with the hardship of the costs of shipping and airfares. Those who live there do so because they love it,” Rattle says.

“But I don’t think you ever get over an event like Cyclone Martin. It was a once in a lifetime event.

“Although I feel sad at what remains lost and will never return, when I go back to Manihiki, I still love the island for what is there. It feels like home.”