The challenges of drafting legislation in microstates 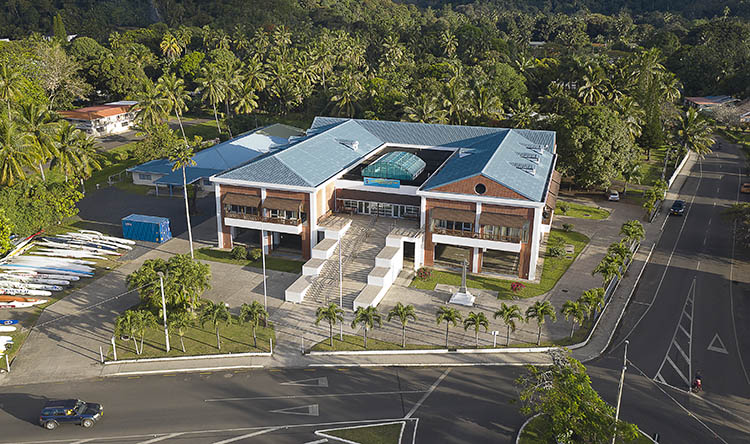 The Cook Islands Ministry of Justice building, with the Crown Law office situated to the left. As a microstate, local lawyers say the process of drafting complex laws is a consistent challenge for the country. 21060419

A decade ago, the powers that be decided the Cook Islands needed updated companies legislation and a digital registry of companies allowed to do business in the country. It was a ‘smart government’ initiative, where services offered by the state are efficient, cost-effective, and allow people to avoid the agony of long queues. But sometimes the best of intentions can lead to unintended consequences.

With a purpose to regulate how corporations, investors, shareholders, directors, employees, creditors, consumers, and other stakeholders interact with each other, the Act had been heavily modified to keep up with modern trends.

But with time, the legislation became clunky. A Ministry of Justice report said it had become disjointed and difficult to read – even for lawyers, let alone the general public.

Thus, the process began to craft a new piece of legislation with a goal, as the justice ministry puts it, “… at improving the overall business environment in the Cook Islands”.

According to local lawyer Tim Arnold: “The Companies Act 1970-1971 is based on the Companies Act of New Zealand 1955, itself reasonably closely modelled on an act of 1933, with bits of the British Act of 1948.”

In 2015, drafters retained by the Asian Development Bank set to embark on the drawing of an entirely new Companies Act.

That Act passed into law in 2017, but the process was paused to allow for the digitisation of company records and the registry. It took a couple years, but with that process complete, that piece of legislation was brought into force in 2019.

Then something unexpected happened.

Put simply, a nullity is something that is of no importance or worth.

For a multitude of reasons, hundreds of companies missed the December 2020 deadline. They were struck off the list, and declared nullities.

The Crown thus has found itself in a position where it has inherited likely millions of dollars in assets, and conversely, it has also taken on the debts of those companies.

It gets even more complex. Banks have dealings with those companies, and may have financial entitlements stemming from conducting business with them.

Interestingly, these companies, even though they don’t currently exist in a legal sense, are still operating.

“They are the walking dead,” says Arnold.

When people started understanding the gravity of the problem, a meeting was called by major stakeholders. Held last month, Arnold was asked to address a tense audience.

Some attendees, presumably affiliated with the ghost companies, were dumfounded. They asked how something like this could have happened.

“The new Act is hundreds of sections long,” says Arnold. “In an ideal world it would have been checked, double checked, triple checked, bench tested, and stress tested to find out whether it worked the way people would expect it to work.

“Drafting legislation for a small microstate is always a matter of compromise, and sometime mistakes like this occur.”

Local lawyer Catherine Evans describes drafting legislation as an expert skill. And the Cook Islands has long struggled with it.

In drawing a comparison, she points to how the practice is carried out in New Zealand. The Parliamentary Counsel Office (PCO), which does the drafting of that country’s laws, had a dedicated staff of 85 as of June 2020, with about 35 employees dedicated solely to drafting legislation.

Evans estimates it takes about five years of only drafting legislation before one can be considered an expert. To be qualified for the job, she says they need a law degree and dedicated training.

“The Cook Islands has struggled to have legislation drafted with the resources it has, especially since drafting legislation is a specialist skill,” she says.

The country has received assistance from the PCO’s Pacific Desk, which also works with Niue and Tokelau, yet challenges remain.

All drafting of laws must pass through the Crown Law Office before going to Cabinet and Parliament. “This work requires a large team of lawyers, which it has not had until recently.”

“As much as draft Bills are reviewed by the Crown Law Office, it is not until the Bill becomes an Act and then is actually used in the public arena that problems with the drafting might arise,” she says.

“Sometimes a new Act has to be amended to fix a problem not seen before it was passed.”

A likely scenario mentioned by lawyer Tim Arnold is that the draftsman of the Companies Act 2017 likely was under the impression that a media blitz would publicise the deadline to re-register sufficiently so no company would be left behind.

Beginning in January this year when it became clear that many had missed the deadline, lawyers began making applications to the court for permission to get back on to the register, and the court was granting those.

But there were lingering doubts about that something was amiss. And lawyers also have oaths and duties they need to fulfill, which meant something had to be done.

Around that time, Arnold was approached by a company that had been struck off the list. Having done many re-registrations before, he handed the routine job off to a junior solicitor. While checking over the work, something caught Arnold’s eye.

The closer he looked at the law, he became convinced that there was no way around the problem.

In March, he filed an application in court for the re-registration of his client.

“They knew about it and they had problems accessing the website. And they had a further problem: they were in New Zealand. Covid also brought further disruptions and took their eye off the ball. It was a perfect storm,” he says.

The judgement was delivered last month, and the application was denied.

“Two judges looked really closely at this and said there was no way around this,” says Arnold.

Looking back, Eve Hayden – chief executive of the Cook Islands Chamber of Commerce – says the deadline seemed to have just slipped away.

“It did seem to come and go without much fanfare … people did seem genuinely surprised.

“In hindsight, the Chamber could have provided more guidance; we were just caught up doing more things at the time regarding the economic fallout around Covid-19.”

Efforts are currently underway to draft an amendment to the Act to remedy the situation.

The legislation, when passed, will give affected companies a period of a further year to get on the new registry. And if they fail at that, there will be a provision that will give them 20 years to make their case to the court to be allowed to get back on, if they can provide a good reason.

“It is so mission-critical that we get this process back on the road, and we want to do it in this session, this month,” says Arnold.

“With a bit of luck, by the end of the month this should all be a bad dream.”