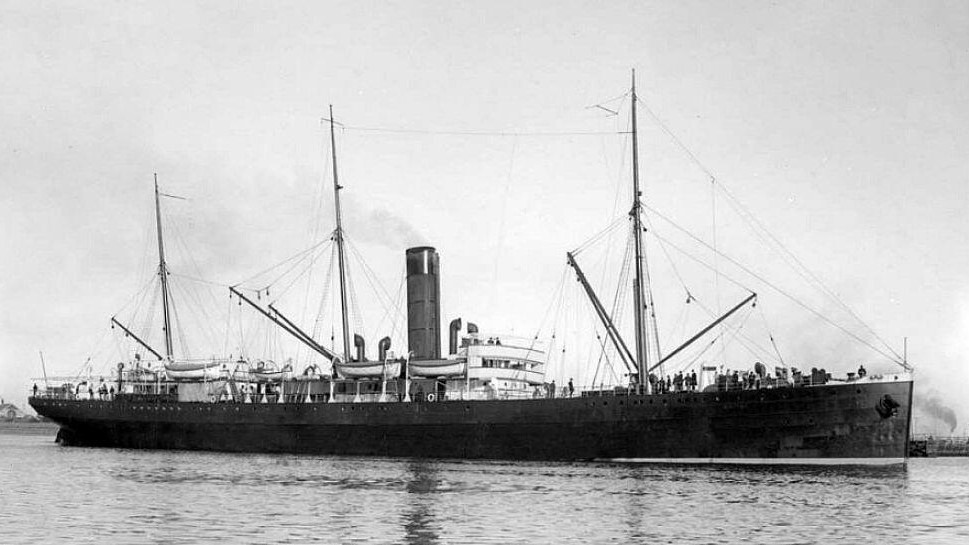 One hundred and thirty years ago, the Royal Mail Service (RMS) Maitai ran aground off the island of Rarotonga, stranding 43 people and entwining the lives of others forever.

The dark granite rocks of the Cook Islands’ largest archipelago lay covered in the warm sun but slightly hidden by the ominous, super-structural remains of a steamship which ran aground in the turquoise waters of the marine sanctuary over a century ago.

Few of the 10,000 residents living here will ever forget the structure, or the calm night of December 16, 1916, when the RMS Maitai shipwrecked, stranding 43 people and changing life on the island for days.

"It’s a fascinating story and shrouded in some mystery,” says local steam enthusiast and lawyer, Tim Arnold, who recorded the ship’s history years after it struck the rocks near the Trader Jacks at the Avarua Harbour entrance. “The ship was built initially to race across the Tasman providing an inter-continental service.”

“Then it went onto the Pacific ‘All Red Route’ to Britain connecting Australia and New Zealand across the Pacific, Canada, and the Atlantic – leaving British territory,” he adds.

“It ended up being one of three ships … that together, serviced this route, and whose remains you can see in 2022.”

That night, the hospitality of the tight-knit community of Cook Islanders kicked in, to give assistance to the 43 passengers and crew members, who had to be evacuated from a vessel that had journeyed from Tahiti weighing 3500 tons, and was as high as a skyscraper.

In no time, Rarotonga residents hosted first and second-class passengers and crew who had descended on the port and had to be accommodated in a large hall, along with exceptionally heavy cargo (900 tons worth) and mail consisting of over 1400 bags.

Much of the mail was from troops serving overseas in France, which was salvaged by crew members who set up in the picturesque harbour to work on safely landing passengers, and securing cargo and personal belongings - an operation that took all night long to complete.

As a result, the people of Rarotonga became a family for many of the passengers who were stranded and spent days at its port, waiting to receive word about their journey home.

According to the Auckland Star, the island natives showed “every kindness” and did everything possible to make their uncomfortable position “less felt”.

On New Year's Day, seven days after being stranded, the relieving steamer called the Rotorua stood off the island of Rarotonga waiting to receive the mail and passengers on board, to commence on their voyage to New Zealand.

The Rotorua could not accommodate them as “ordinary passengers”, so they were welcomed aboard as deck passengers on the condition that they provided their own bedding during the run from Rarotonga to Auckland.

What stood out for many is how the wreck forever changed the lives of some of those passengers and locals whose paths crossed as a result.

It’s almost as if since that night, the lives of all the persons involved have been inextricably linked by an invisible thread.

Once safely on board the Rotorua, all hope was lost by the Captain and crew that the RMS Maitai would ever be re-floated.

According to one account by the RMS Maitai ship's master, there was absolutely no hope of ever re-floating the vessel as any attempt to move her would “cause her to break”.

The reefs on which she drifted were some of the most dangerous, and most erratic in formation, with narrow arms of rock reaching within six feet of the surface and suddenly falling to 20 feet - making it impossible to gauge the conditions of the coast.

Followed by a number of deaths and mishaps that had occurred prior to her final stranding, it also appeared to be the end of her success as a means of transportation for the Union company’s fleet.

By 1920, the extraordinary events of the RMS Maitai were all over and crashing storms had left just the engine, which locals incorrectly refer to today as the ‘boiler’, along with a small part of the bow visible.

Picked over for scrap metal during the beginning of World War II, the RMS Maitai played host to some enthusiastic amateur salvors during the 1950s and 60s, one of those being Gordon Keys, who published a short history of the ship, and a fascinating account of raising two of her propeller blades.

“My dad and my uncle were part of the Union company crew,” shares Malcolm Sword (Junior), who now runs Cook Islands General Transport.

“He (Malcolm Senior) went and salvaged parts with some of the union guys.

“The Union company, they also used to have a presence here.

“You can find more information by visiting the Maitai Exhibition at the Cook Islands Library Museum.”