Cook Islanders fought for the Empire 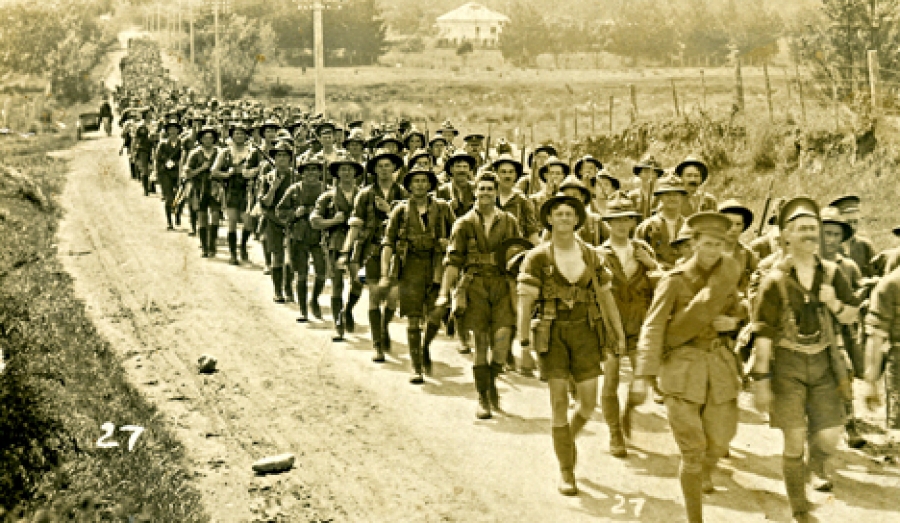 This feature by Helene Kay and Grace Hutton of the Cook Islands Soldiers of World War One committee, provides an insight into the contribution made by some of the Cook Islands men who volunteered for service in ‘The War To End All Wars’. The New Zealand-based committee is planning a series of special events this year to commemorate the 100th year of Cook Islanders enlisting in the New Zealand army.

As part of the British Empire, the call to fight for the Empire was strong in the Pacific, and along with other Pacific Islands, Cook Islanders offered their allegiance to join the New Zealand armed forces. The main indigenous Pacific contribution to the 1st New Zealand Expeditionary Force (1NZEF) came from the Cook Islands and Niue, territories that had been annexed to New Zealand in 1901.

After initially being declined by the New Zealand Government, their offer was accepted in 1915 of 47 men from the Cook Islands, 45 Cook Islanders and two papa’a and 149 men from Niue.

These men, widely, and incorrectly referred to as the 1st Rarotonga Contingent, were to become part of the 3rd Maori Reinforcements attached to A Company.

The Niuean contingent and the first Contingent of Cook Islanders provided reinforcements for the newly-established Native Contingent, the forerunner of what would become the New Zealand (Maori) Pioneer Battalion.

The Cook Islanders’ journey started aboard the Union Steam Ship company passenger cargo ship Moana which sailed from San Francisco via Papeete to Rarotonga and then on to New Zealand. They arrived in Wellington at 3.15am on October 7, 1915, and later that morning on a drizzling overcast day 45 men from the islands of Aitutaki, Atiu, Mauke, Mangaia, Rarotonga and Manihiki, including one from the island of Gilbert now called Kiribati and one from Borabora.

The Evening Post newspaper of October 8, 1915, termed them all ‘Islands of the Blest’.

“The men marched through town under shop verandahs singing ‘Tipperary’ and ‘Are we Downhearted’ as they went in their native tongue,” the newspaper said. The men attracted much attention as they marched to Parliament as much for the clothing they wore, (no coats or hats but white canvas shoes), as for their musical voices.

Once they arrived at Parliament they marched into the debating chamber where they arranged themselves behind the members’ seats and sang a Cook Islands song. The Minister of Defence Hon J Allen welcomed and thanked them for their willingness to fight alongside Maori and Pakeha for the flag, which represented freedom to all.

The men were addressed in Maori by Maori members of Parliament Apirana Ngata, Tame Parata and Tau Henare. The Cook Islanders responded to the address with a haka. The Speaker of the House, Mr FW Lang, also extended a welcome to the men on behalf of Parliament and said he believed they would distinguish themselves as much as those who had gone before. He hoped they would all return safely so they could go back home.

From Wellington the men left by the overnight train to travel to Narrow Neck Camp, Devonport, Auckland to undergo military training. On arrival at Auckland railway station they were met by Captain A Main, the adjutant for Narrow Neck Camp.

Following a roll call, the Rarotongans marched to a ferry boat and departed for Narrow Neck. Narrow Neck camp at Auckland was used to train the Tunnelling Company, Maori reinforcements and reinforcements from eight Pacific island groups. Most were from the Cook Islands and Niue.

This large group of men became part of the 3rd Maori Contingent attached to A Company, and they departed for Suez, Egypt on February 5, 1916 on a number of ships. En route they were combined into the New Zealand Pioneer Battalion, as part of the New Zealand Division.

Over the course of the First World War about 500 Cook Islanders would be recruited. The Cook Islanders were divided into five contingents of which the first three saw active service.

The 1st Contingent made up of the original 45 volunteers left Rarotonga for New Zealand in September 1915.

On 5 February, the 1st Cook Islands Contingent combined with the 1st Niue Contingent were part of the 3rd Maori Reinforcements that left New Zealand on His Majesty’s New Zealand Troopship No. 53 and heading to the training grounds in Europe.

Five Cook Islanders who lived and worked in New Zealand enlisted prior to this large group of men arriving from the Cook Islands. They were Private Kiro Luka Adam, Private B Ngapo, Private Frank Tararo, Private P Monga, Private Kora Te Aurahi. One soldier, Lance Corporal Kaipati came from Kiribati to New Zealand to join with the Rarotongan contingent, his name is recorded on the Honours Board at the Rarotonga RSA. Of the 50 Cook Islander soldiers who enlisted from the 1st, 2nd and 3rd Maori Contingent, 14 men died in the service of New Zealand.