Listening to one voice

Friday 13 May 2022 | Written by Supplied | Published in Church Talk, Features 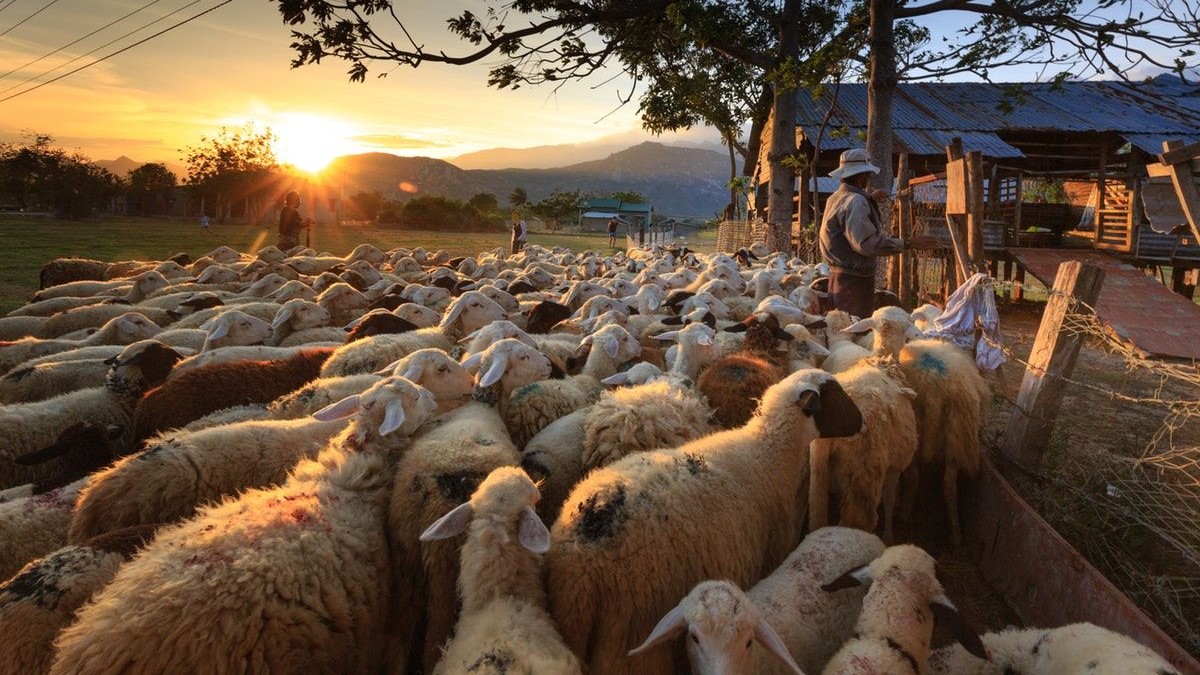 There are many influences we receive on a regular basis. Some are good. Others not so good, writes Bishop Paul Donoghue of the Catholic Church.

I am a fan of the “Love Nature” programme on Sky television. And one of my favourite scenes is that of a large flock of birds turning and swirling in perfect synchronisation. Millions of birds apparently are in the flock. You see something similar in other species such as reindeer in the arctic tundra, penguins in Antarctica coming together in a huge circle in bad weather, and large shoals of fish gliding through the sea in harmony. I consider when witnessing these events that I am viewing the wonders of nature. How do these birds or animals communicate in such large groups? How do they achieve such a unity in such a large group?

At the Last Supper, Jesus foretold that sheep without a shepherd will scatter (Matthew 26: 31). After the resurrection Jesus’ first task was to gather his scattered disciples and calm them with his message of peace. This began with the two disciples on the road to Emmaus, who so quickly had left Jerusalem and were returning home. Jesus appeared to them and after their meeting, the two said, “Were not our hearts burning within us?”. Matthew 24: 32. Then we met Thomas who was full of doubts (John 20: 24).

And then we were presented with the seven apostles returning home and having found their boats had gone back to fishing (John 21 1 – 14). To their dismay after a night of fishing they had caught nothing. The Lord appears to them offering them breakfast. Now follows the threefold command to feed the lambs and sheep by following him (John 21 15 – 19).

The full account of what we refer to as the Good Shepherd teaching (John 10:1 – 21) presents the shepherd as the one who will lay down his life for his sheep. The Risen Jesus is portrayed as being with the church as a shepherd. This shepherd knows his sheep intimately and they know him. He calls them in and out of the enclosure to green pastures and they recognise his voice over all other voices.

This is a good time to ask the question “What are you most familiar with in life?”, what voice or voices echo in your mind most of the time? There are many influences we receive on a regular basis. Some are good. Others not so good. Often times we can talk ourselves into believing that many voices or influences that we encounter on a daily basis do not affect us. We are presented with voices on the media, pop culture, love of money, a desire for recognition and so much more. These are powerful influences and whether we want to believe it or not they do affect us. How timely it is to come back to Jesus’ words, “My sheep hear my voice. I know them and they follow me.”  (John 10: 27 -30)

Yes, we can conclude that discipleship begins with this mutual recognition and enduring fidelity. No one can take us out of Jesus’ care because God, the guarantor, has entrusted us to Him. (John 10: 29)

In the Book of Revelation, chapter 7, verse 17, the Shepherd is also the Lamb, whose sacrificial death is our passage out of slavery into freedom. Today, we share in His sacrifice and are purified by the blood of the lamb, the sign of our intimate union with Him.

As human beings, we are not called upon to be either sheep or birds. We are called as sons and daughters to be involved in the mystery of Christ, the beauty of our unity with one another is a conscious deliberate challenge for Jesus has made it the sign that will reveal his union with the Father and Spirit as the source of all things. If the world of animals and birds can achieve it surely, we humans can achieve it?

Those who seek to divide the world into its nations, religions and cultures are an affront to creation itself. How hard it is at this very time to recognise Vladimir Putin who as a permanent United Nation Security Councilmember should be aiming to preserve peace in the world, and yet he creates another war instead. The very aim of forming the United Nations was to preserve the world from another war like the first world war. I understand the Greek origin of the word “diabolical” is “scattering”. I find myself using this word “diabolical” in relation to what is happening in Ukraine at the hands of Russia. It was frustrating at the beginning of this war to see world leaders reluctant to get involved. It is pleasing to see world leaders now show more determination and resolve in opposing Russia even if it means hardship economically in their own countries. Surely this is the real ministry of evangelisation and every disciple is called to heal and reconcile where others have wounded and divided.

As we dealt with the scripture of the Good Shepherd we were asked to weave in the theme of Mother’s Day. For me it was very personal as on Mother’s Day my own mother was celebrating her 95th birthday. I was the only one of her eight children missing from the occasion. Fortunately, I was able to make contact on Messenger. As so often in the Cook Islands our reality is so different from that of other countries around the world. We tend to escape cyclones, tsunami, volcanic eruptions. On Mother’s Day did we spare a thought for mothers in Ukraine where so many women and children have found themselves now refugees in a foreign country? Violence of war has shattered their once peaceful existence. The family home has been reduced to rubble. Please continue to pray for peace between the nations of Ukraine and Russia.

On Saturday, May 7th the Cook Island News frontpage headline read “Violent assault highlights need to curb re-offending”. On reading this, I as a shepherd was concerned immediately for this lost sheep of my flock. My reaction on reading the article that followed the headlines was that it was written fairly and I took no offence to the likes of the court and lawyers involved in the case. For me the important point was the length of time involved that this boy had been before the court. He came to the notice of the court in 2014. He has not been abandoned over the last eight years. Medical staff at the hospital have tried to rescue him. Internal Affairs have been involved. The police and prison have had to respond to countless incidences. His church and other churches have reached out. And numerous individuals have taken the lost sheep into their home; others have given him employment and the article on Saturday emphasised that his family have not abandoned him.

Perhaps many of us and I include myself here, have made the mistake of getting involved in a situation that is beyond our expertise. One of the lessons to be learnt from this incident is that the problems created by drugs, addictions of one sort or another and I will include alcohol, needs expertise which many of us do not possess. Earlier in this article I mentioned the different voices that we have to contend with today. Some are good and others not so good. Just about every week, some organisation is promoting freedom to use this or that. Surely this case is a wake up call to do our homework and look at the harm that might come about by introducing these new freedoms. Is the cost in broken lives worth it?

One of the points made in the newspaper article was that there is a “need for psychological assistance to remedy anger, solvent abuse, discipline and respect …” I hope this message does not fall on deaf ears. If overlooked in my view, given the voices we listen to today, there will be countless other lost sheep. If the present lost sheep lives another 50 years, who is going to support him? It is going to cost the nation a lot more than one trained psychologist! There are members of my church who would be prepared to end this by locking the door and throwing the key away. It will be a brave politician to take this issue on board as it won’t win you any votes in the forthcoming election.

The birds and animals come together in a unity to protect one another – to give security. They seemingly listen to one voice. Every member, young or old, sick or healthy is included. Why as humans are we prepared to abandon our elderly or lost sheep? Why are we prepared to kill our brothers and sisters?