CHURCHTALK: My weapon is a melody 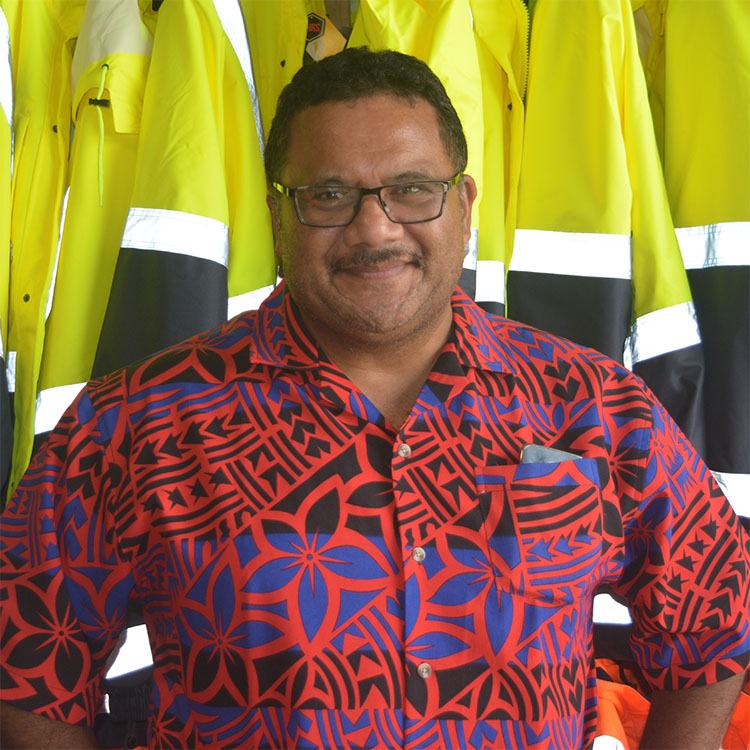 You may be waiting for God to do a breakthrough in your life, but it is God who is waiting for you to start the battle in praise!, writes Pastor Paul Kauri.

2 Chronicles 20 records an amazing account of God fighting for his people, and their role in this battle. It’s worth reading again if you have a Bible at home.

This story unfolds as follows.

King Jehoshaphat is told of a vast army coming against him and the kingdom of Judah. Jehoshaphat resolved to call out to God, proclaiming a fast for all of Judah, seeking help from God for this coming threat.

The first key for us is found in King Jehoshaphat’s response to this threat, he turned to God in his time of need in prayer and fasting. You may be facing hardships or threats to your family; take a lesson from Jehoshaphat and turn to the Lord for help, it may require prayer and fasting from you, but turn to Him for help! The psalmist said this, “God is our shelter and strength, an ever-present help in times of trouble”. Ps 46:1

As Jehoshaphat cries out to God in prayer, he reminds the Lord of His promise He made to their forefathers;

“If calamity comes upon us, whether the sword of judgment, or plague or famine, we will stand in your presence before this temple that bears your Name and will cry out to you in our distress, and you will hear us and save us.” (2 Chron 20:9). God heard their prayers, remembered His promise and acted accordingly!

We find another key in this prayer, that is; to declare the promises of God in our time of need. God is a God of His Word and the psalmist said this, “Bless the Lord, all His angels mighty in strength who carry out His word, who hearken to the voice of His command.” Ps 103:20

When we declare the promises of God, even the angels respond to our voice declaring His Word!

However, Jehoshaphat did not stop there. He reminds God of the history of this vast army, and more importantly God’s instruction to Israel regarding this vast army:

“…here are men from Ammon, Moab and Mount Seir, whose territory you would not allow Israel to invade when they came out of Egypt; so they turned away from them and did not destroy them. 11 See how they are repaying us by coming to drive us out of the possession you gave us as an inheritance. 12 Our God, will you not judge them? For we have no power to face this vast army that is attacking us. We do not know what to do, but our eyes are on you.”

King Jehoshaphat’s honesty and vulnerability in this prayer, “we do not know what to do, but our eyes are on you!” is to be admired, and learned from. Our pride will be our downfall in God’s presence but ‘a broken and contrite heart God will not despise!’ (Ps 51:17)

A third key is to come before God in humility, no matter your status in life, for God exalts the lowly, and gives grace to the humble but He opposes the proud. When others oppose us, we have hope in God, but when God opposes you, you have no hope at all except to repent.

As the story continues, the Spirit of God came upon a prophet, who speaks out from the crowd after the king’s prayer, “15 He said: “Listen, King Jehoshaphat and all who live in Judah and Jerusalem! This is what the Lord says to you: ‘Do not be afraid or discouraged because of this vast army. For the battle is not yours, but God’s. 17 You will not have to fight this battle. Take up your positions; stand firm and see the deliverance the Lord will give you, Judah and Jerusalem. Do not be afraid; do not be discouraged. Go out to face them tomorrow, and the Lord will be with you.’”

Maybe some of our readers need to be reminded today that the battle is not yours, but the Lord’s! So do not be discouraged or afraid in your time of difficulty!

As we continue in the story, we read the following;

20 ... As they set out, Jehoshaphat stood and said, “Listen to me, Judah and people of Jerusalem! Have faith in the Lord your God and you will be upheld; have faith in his prophets and you will be successful.” 21 After consulting the people, Jehoshaphat appointed men to sing to the Lord and to praise him for the splendour of His holiness as they went out at the head of the army, saying…

Did you notice that Jehoshaphat sent the singers ahead of the army, who were praising God for His holiness! He didn’t send the archers, or the strongest fighters in front of the army, he sent the worship team! One of our weapons, which God has given to us against the evil one is Praise and Worship. Our weapon is a melody!

But we must take note of verse 22: “As they began to sing and praise, the Lord set ambushes against the men of Ammon and Moab and Mount Seir who were invading Judah, and they were defeated.”

Did you notice that!? As they began to sing … the Lord fought for them! What we often miss in these stories is our involvement in God’s work. It was, as they sang ... that God moved, not before.

Martin Luther made this statement, “Without God we can’t! But without us, God won’t”. God has chosen by His sovereignty, to do His work through His body, the Church, to advance His kingdom here on earth! You may be waiting for God to do a breakthrough in your life, but it is God who is waiting for you to start the battle in praise!

These adversities are actually opportunities for us to join God in His work and to strengthen our hands for battle, taking back all that the enemy has stolen or is trying to steal from you!

So, today, sing loud His praises! Sing of His Goodness and Holiness! Declare His promises turn them into a song! And don’t stop until you have the victory! Amen.