Sweet as! Simon bakes his way to grand final 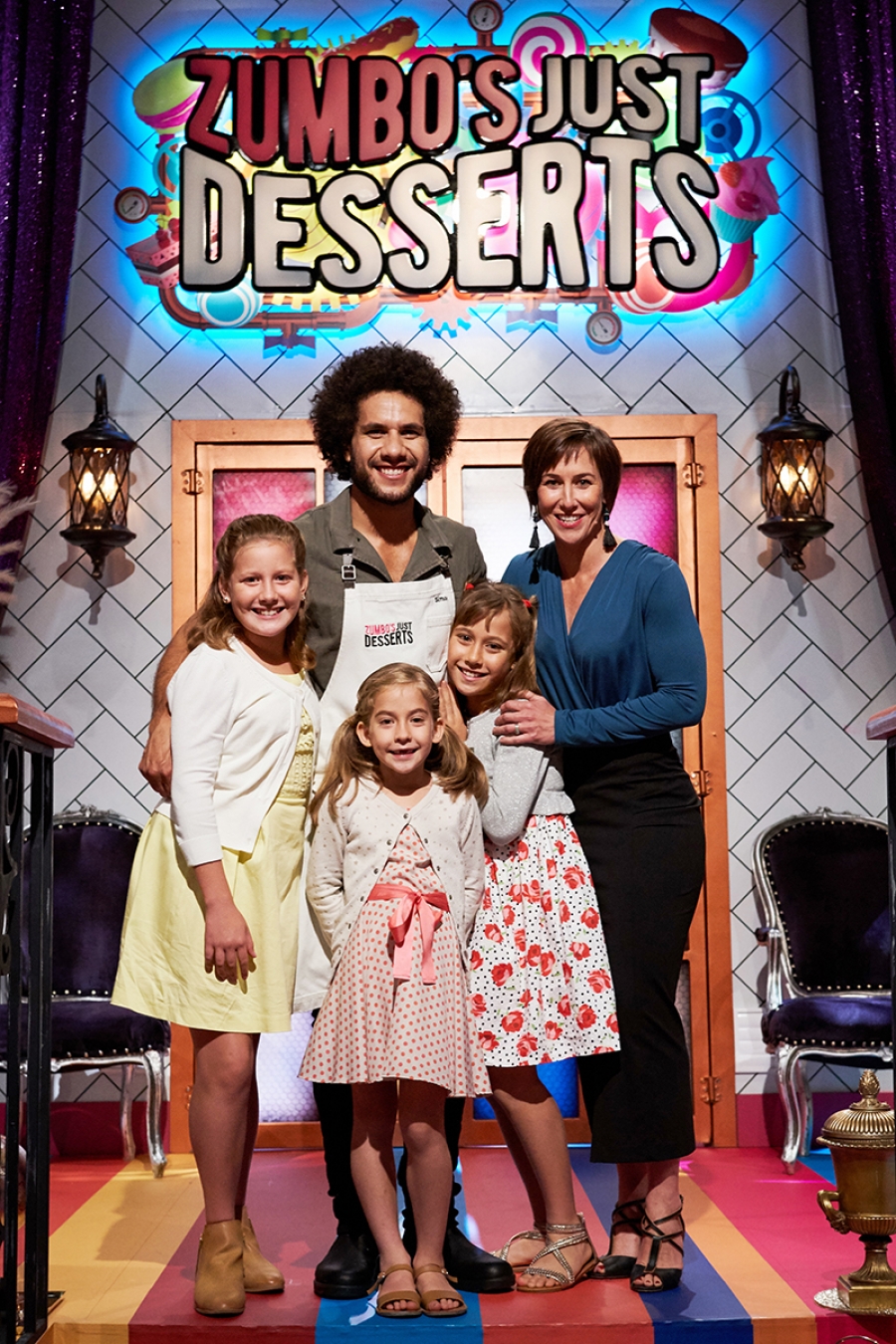 Simon Rasmussen with his wife Natacha and their daughters on the set of Zumbo's Just Desserts. CHANNEL 7 19120504

We’ve had Cook Islanders in the grand finals of the NRL and Super Rugby – but last night Rarotonga concreter Simon Rasmussen whipped up an unprecedented appearance in the grand final of a big Australian cooking show. He tells Katrina Tanirau of the unusual mix of ingredients to his unexpected success.

Whipping up delicious sweet treats in the kitchen is when Simon Rasmussen is in his ultimate happy place.

It was a talent the 34-year-old dad and concreter, who grew up in Rarotonga but lives in Queensland Australia, kept hidden from most people including his family and workmates, because he was ashamed to say he loved to bake.

But his wife Natacha believed so much in her husband’s baking and dessert making skills, that she secretly applied to Channel 7 Australia’s Zumbo’s Just Desserts Season 2.

That faith has seen Rasmussen make top three of the hugely popular dessert cooking show, where 10 passionate dessert makers compete in spellbinding tasks with the winner taking home a grand prize of $100,000.

“I had no idea until I got a phone call from a Channel 7 representative saying that I had made the top 40. There were over 200,000 applicants so I was stoked,” Rasmussen says.

Thinking it would be a bit of fun and with encouragement from his wife and daughters, Rasmussen jumped at the chance and had no expectations of getting past the first round, let alone making it to the top three.

“Before filming the first episode I got to hear what everyone else had done and what they were creating back in their home towns,” he says. “They were passionate about baking and dessert making. It kinda threw me off and made me question whether I was good enough to even be in the competition.”

Rasmussen spends his days mixing and pouring concrete – a job he loves that keeps him fit and in great shape.

In the past, whenever he took in treats for his work mates, he would say his wife made them.

“This is a funny story – because the boys at work never knew of my baking talent. I used to say my wife had made it.”

They would say, “Man mate, your wife can cook you are lucky to have her!”

He laughs. “Really it was me but I was too ashamed to tell them until one day, my wife and kids stopped by to say hi at the work site and she asked if they enjoyed my cooking treats – the boys couldn't believe it!”

Now they put in their orders, but not just any orders, Rasmussen says.

“There is a rather long list starting with a croque en bouche, black forest cake, chocolate layered cake and a caramel cheesecake,” he says.

“The list keeps getting longer. I believe they are proud of me and I’m looking forward to baking for them.”

His greatest challenge on Zumbo’s Just Desserts was “out of this world” in the fourth episode.

Rasmussen’s creation was The UF-Fro – a coconut mousse with mango chilli jelly and a coriander sorbet shaped to look like a spaceship.

“It challenged me to explore a different style of dessert making and flavouring and gave me confidence to try new things against the other amazing nine contestants,” Rasmussen says.

He’s the first to admit that he’s a perfectionist in the kitchen and is hard on himself if he feels his creations don’t hit the mark, but Rasmussen’s biggest motivation has been – and always will be – his family.

“I kept a picture of my wife and three girls with me and that's what kept me going. I did it for them, I did it for us.”

Even though his secret life as a dessert baker started more than eight years ago and culminated in him landing on a TV show, this is definitely a journey that will continue for “Sweet As Simon”.

“I would love to start a small boutique space with my family, where I can offer my creations to eat and also offer small intimate cooking classes,” he said.

Ultimately Rasmussen wants to share his cooking knowledge with his daughters and create something they are proud of and will hopefully want to continue.

“My dream is a small space, where I can bake and create simple but elegant, full of flavour soul desserts and patisseries.”