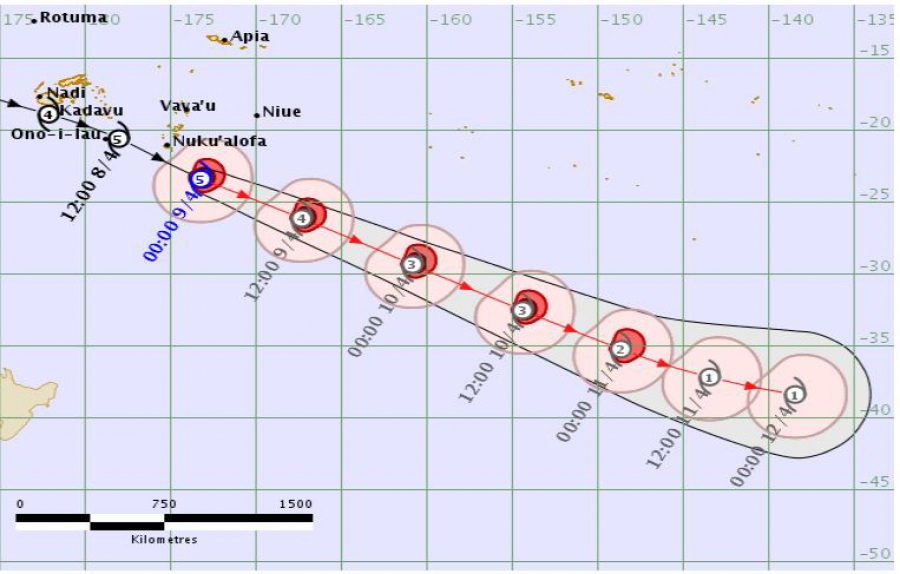 The Cook Islands Meteorological Service will continue to monitor Tropical Cyclone Harold, even though there is no warning at this stage.

Cyclone Harold strengthened overnight when it moved away from Fiji and headed towards Tonga yesterday.

It caused significant damages in both Vanuatu and Fiji.

Emergency Management director Charles Carlson says it appeared the country would be spared again. “Our thoughts and prayers go to Vanuatu and Fiji that that has been battered by TC Harold,” he said.

“We just need to remind our people that we are still in the cyclone season and closely monitoring TC Harold.”

WeatherWatch.co.nz New Zealand said such a category 5 monster was rare.

Head forecaster Philip Duncan said it was almost unheard of to see a cyclone tracking south away from the equator, weakening, then suddenly returning back to Category 5 so far south.

“Harold is tracking in a well-known cyclone path and warm seas and ideal atmospheric conditions will be fuelling this storm.”

There was good news for Tonga as the centre of the storm remained south, he said, meaning the most destructive part of the storm was just shy of the main island.

But the bad news was that coastal flooding could be “catastrophic” in some spots and wind damage may have also been significant.

WeatherWatch said no more nations would be exposed to the storm as it would be nowhere near land, and moving further out to sea.