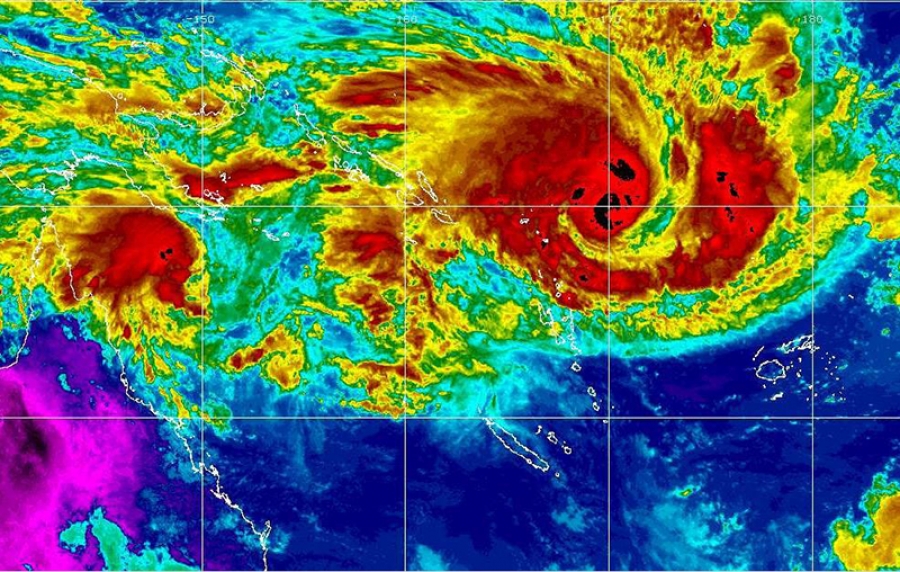 A satellite view of Cyclone Pam overwhelming Cook Islands and the southwest Pacific in 2015. 15031016

Climate change, combined with a possible weak El Niño event, could mean Rarotonga will face tropical cyclones in the near future and the Cook Islands climate will continue to vary.

El Niño is a climate cycle in the Pacific Ocean: the interaction between the atmosphere and ocean in the tropical Pacific has a global impact on weather patterns, and can create intense storms.

Increasingly, Cook Islanders are keeping a weather eye to the forecasts and to the horizon.

Paddler Josie Bain, who paddles with the Ngakau Toa Vaka Club twice a week down at Trader Jacks, said she’ll go out when it’s a bit rough and raining – but sometimes for as much as a week, it would be too intense to go out.

But scientists say the impacts of El Niño events have become more severe over the past 20 years due to a warmer climate.

Arona Ngari, director of the Met Service said this would indicate a cyclone or two for the summer period in Rarotonga.