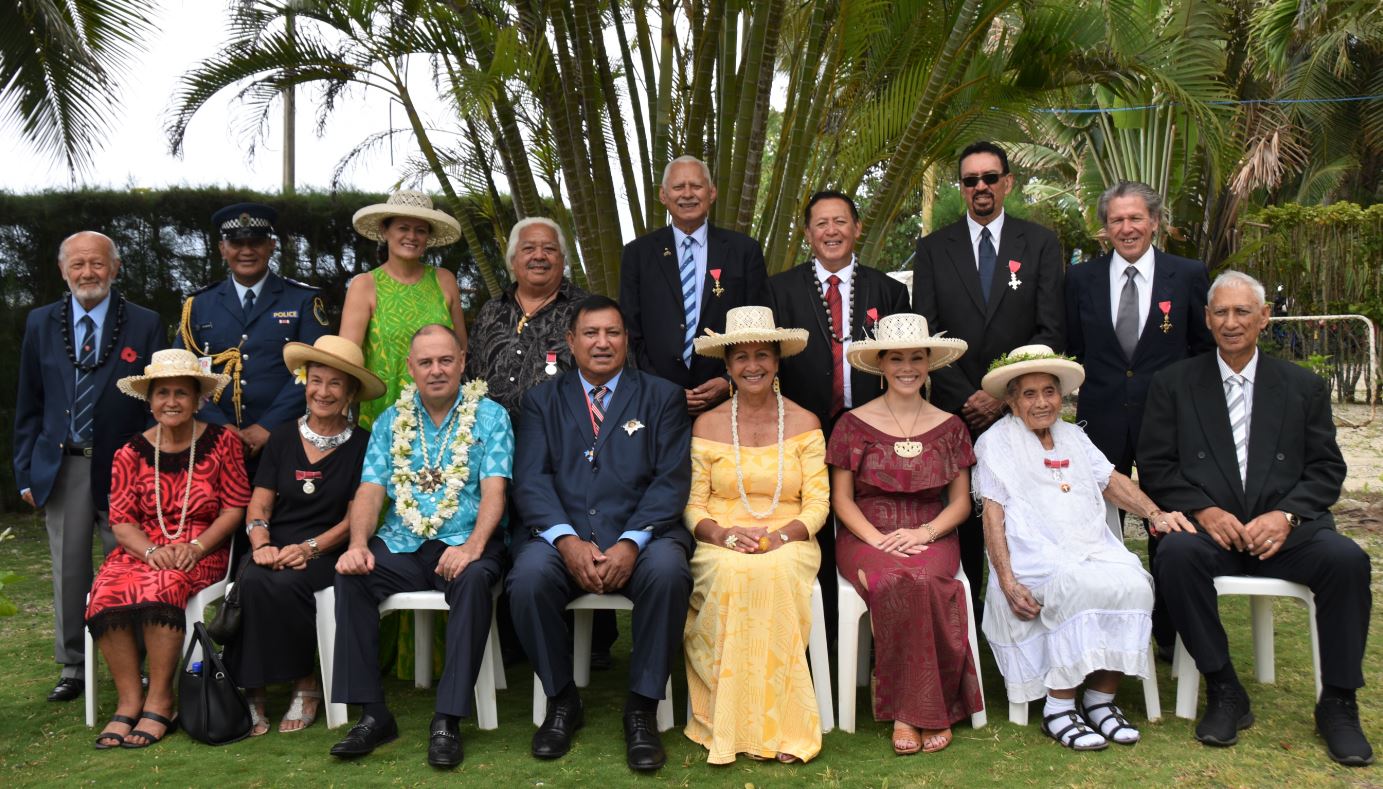 The Cook Islands recipients of the 2021 and 2022 Queen’s Birthday Honours were presented with their medals yesterday by the King’s Representative Sir Tom Marsters and Lady Tuaine Marsters.

The recipients were formally approved by Her Majesty Queen Elizabeth II before she passed away in September aged 96, after reigning for 70 years.

King’s Representative Sir Tom Marsters said the seven recipients – three from 2021 and four from 2022 – were honoured for the good work and services they have provided to the country and their communities.

He said normally the ceremony was held on the Queen’s birthday (June 1st) or in the New Year, however, it was drawn to his attention that a couple of recipients wouldn’t be on the island during that period, therefore the presentation was brought forward before Christmas.

“I can’t help feeling that these things that you do throughout your life, you do it not on your own. You can’t do it on your own, it’s the support, the love, the goodwill and the friendship of your family and friends who allow you to do these things,” Melvin said.

“So, I’m humbled that I’m here, but in fact there was a lot of people involved in it and I’m very humbled by it.”

George Williamson, also known as George George, said he was “humbled and honoured” to receive the award.

“I can only thank those who have seen the good things I’ve done, I’m who I am today because of the people … like my family, my friends, my sporting family, my community,” said Williamson.

Williamson has worked for CITC for half his life and is sincerely grateful to the company for their support.

“In a bigger way, CITC has certainly been supportive of my role and the community, all the CITC radio, TV and sports programmes, they have played a big part in carving who I am,” said Williamson.

The next round of awards – The Honorary King’s Awards – is most likely to fall on November 14, the birthday of the King Charles III.