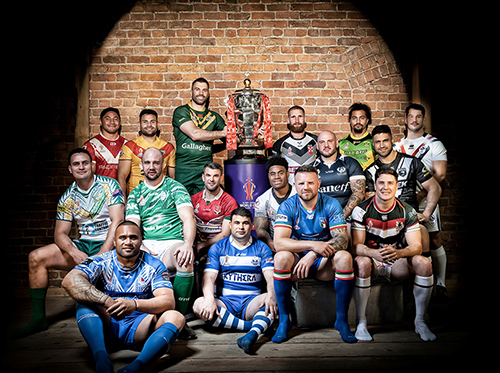 Cook Islands rugby league side is settling in well at their base in Hurworth ahead of their opening Rugby League World Cup match against Wales on Wednesday, October 19.

The national side arrived in UK over the weekend after a long travel from Sydney via Singapore to Heathrow before taking a four-hour bus ride to Hurworth.

The Kukis had their first training session on Monday under the guidance of coach Tony Iro who has named Super League players Brad Takairangi and Esan Marsters as co-captains of the team.

Cook Islands Rugby League president Charles Carlson said both Takairangi and Marsters were “delighted” with the opportunity to co-lead the team.

“It’s a good opportunity for them and Brad has been playing for the Cook Islands for quite some years, probably one of the longest serving player in the team and Esan co-captained the team at the Pacific Test held couple of months ago. So we got two good leaders that will lead the team’s campaign in the next couple of weeks.”

Carlson said coach Iro has been focusing on getting the players gelled together before the opening match in a week’s time.

“It’s a good mix of experienced players and young guns that are coming through and Tony is comfortable that we have good squad and capable of toppling any of the team that we’re going to play against,” Carlson said.

“It’s working on basics and getting the players to gel together. Tony said what’s important is that everybody understand the game plan and play as a tight unit. But he also wants the natural talent within the boys to shine rather than playing too structured play … while he is there to provide game plan and structure but he also wants players to take the opportunities when they come by.

“Everyone is in good spirits just preparing for the first game against Wales, we will make sure everyone is in top shape to play their first test match.”

The 2021 RLWC will kick off this Saturday at 3.30am (Cook Islands time) with hosts England taking on Samoa followed by Australia versus Fiji clash at 8.30am.