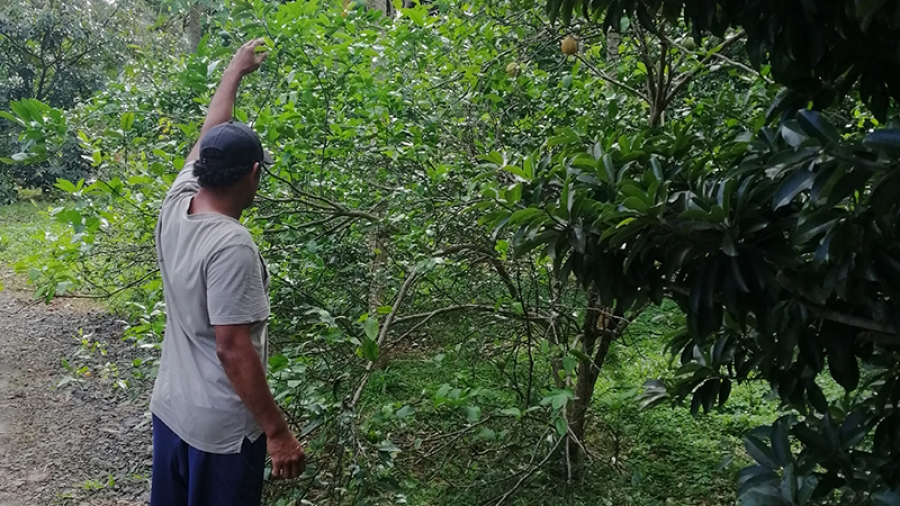 In 2019 young planters raised concerns as their hard work were stripped by those alleged to have been stealing from their plantations. Earlier this month a Titikaveka grower’s lemon plantation was raided. 19071801

A Rarotongan grower’s lemon plantation was raided leaving them $500 out of pocket.

Mereana Tutai and her husband Travel Tutai had a quarter of their crops stolen from them in Titikaveka. Mereana estimates it is about 90 kilograms’ worth of good lemons.

“What they also did was take the new crop that was coming up,” Mereana said.

She said the young lemons would have been ready in a month or two.

The way the lemons were stolen also damaged some of the flowers, which would affect the next crop, Mereana said.

She expects the next crop to be ready in four to five months.

Mereana said the person who stole the lemons would have most likely sold it to a restaurant or a resort in a cash sale.

Lemons are going for around $5 to $6 kilogram.

“With the tourists back in it’s a big boom at the moment,” Mereana said.

“Before Covid we were having lots of problems (with thieves) but the recent plantation we have is quite isolated so I’m not sure how they found it.”

She said nobody was buying the lemons when the borders were shut so they weren’t attractive to steal.

Mereana said the hotel and restaurant owners were too busy to check if the people selling lemons were growers before they purchased them. She also said a lot of kitchen staff were foreigners who may not be able to tell if a person was a grower or not.

She said her husband had caught a few people in the past stealing from them.

Mereana said she had approached the police about the incident.

Both Mereana and her husband have full time jobs and grow lemons on the side.

Mereana said she wanted to “punish” the person who stole the fruit by making them work on the plantation so they could know the effort that goes into growing.