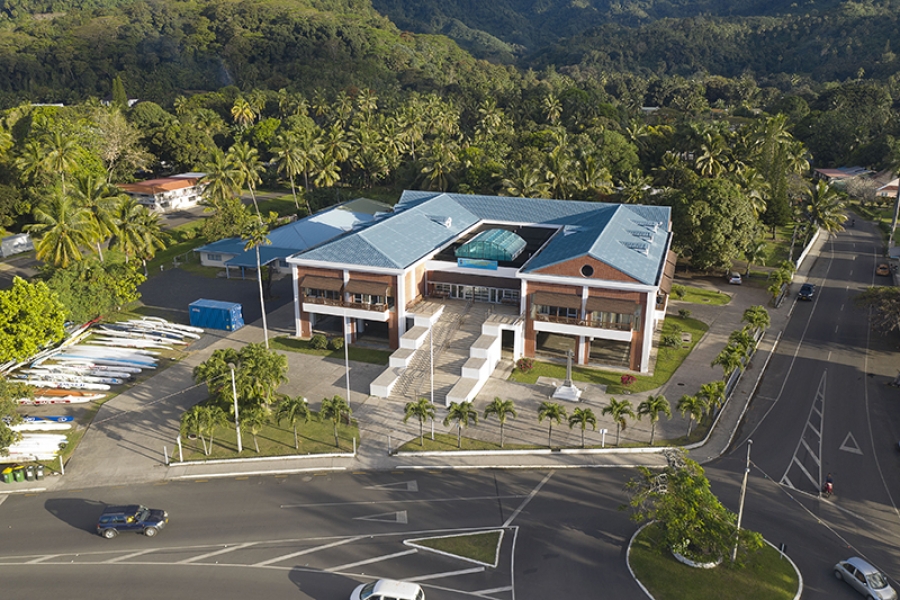 The High Court in Rarotonga.

A motorcyclist who crashed into a colleague’s van was more than five times over the blood alcohol limit.

Bobbie George Tangimetua appeared before Justice of the Peace John Whitta at the Criminal Court in Avarua on Thursday. He pleaded guilty to careless driving and driving with excess blood alcohol.

According to the summary of facts, the incident occurred on August 27, 2022.

Tangimetua was near Titikaveka when he crashed into the rear of a white van. Tangimetua had recently consumed alcohol.

After being stopped by police, Tangimetua was taken to the station where he received a blood alcohol test. He recorded 272mg of alcohol per 100ml of blood, the limit is 50mcg.

JP Whitta convicted Tangimetua of careless driving, and fined him $50 in Court costs and ordered him to pay $50 in reparations.

On the excess breath alcohol charge, JP Whitta fined Tangimetua $500, ordered him to pay $150 in reparations for the blood test and fined him $50 in Court costs. He also disqualified Tangimetua from holding a driver’s licence for 12 months.

Meanwhile, Jonathan Elisa was ordered to pay court costs of $100 for an incident of careless driving on July 22, 2022.

Elisa who was riding a motorcycle near Tupapa about 4.20pm on July 22, 2022, when he took his eyes off the road and crashed into the back of the truck.

The defendant and the victim knew each other. Elisa had a blood alcohol rate of 11mcg per 100ml of blood, which was below the maximum allowable level of 50mcg per 100ml.

However, JP Whitta also ordered Elisa to pay $150 in reparations for the blood test.