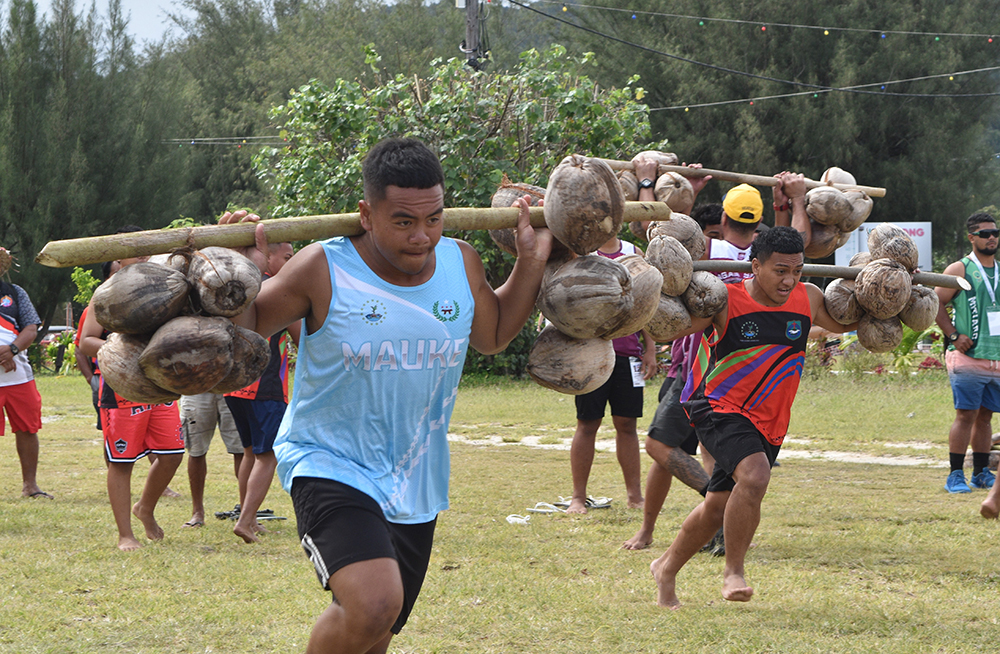 The Traditional Games held on Saturday morning at the Constitution Park was part of the 2022 Cook Islands Games.

Although only four island teams – Atiu, Mangaia, Mauke and Mitiaro – turned up to participate in the events, the lively competition and friendly rivalry between them kept the audience entertained. Mauke Enua placed third with 25 points followed by Mangaia with 19.