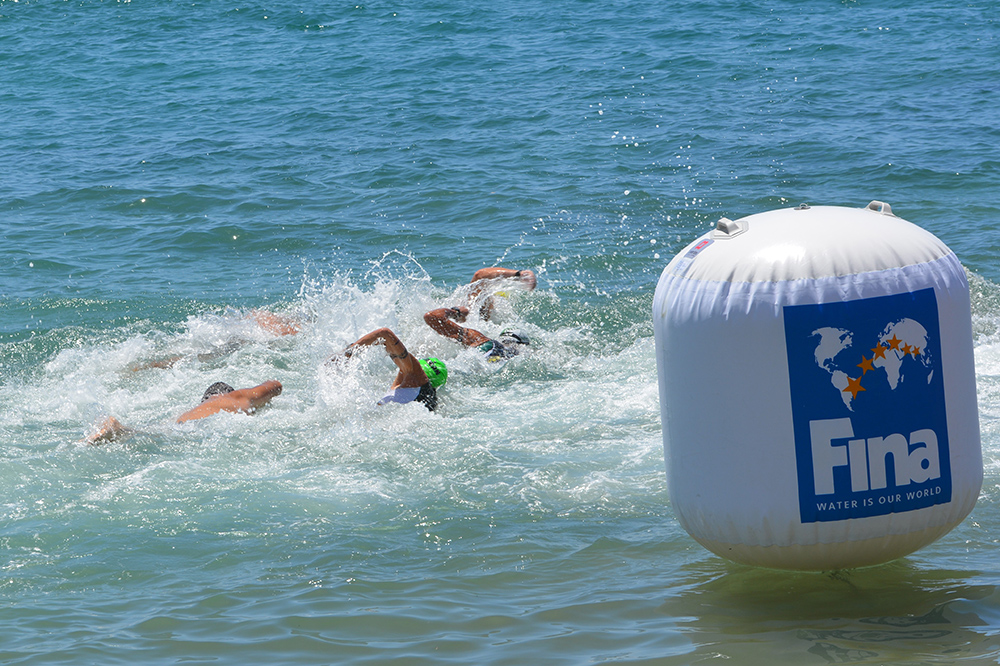 The boiler swim and last swimming event for Cook Islands Games was held in large swells and strong winds on Tuesday.

The wild conditions meant swimmers swam to a buoy on the opposite side of the passage to the boiler - a decision made for the safety of the athletes.

For the men’s race, Olympian Wesley Roberts swimming for Atiu destroyed his competition finishing after 9 minutes and 45 seconds. He was just over two minutes ahead of 15-year-old Darius Allsworth who swam for Mitiaro.

The women’s race was close the whole way through with the top six women finishing less than a minute between each other.

For the men’s Roberts moved wide of the pack early and swam in the deeper part of the channel, while the rest hugged the reef. The distance he created at the start only grew throughout the race.

After winning the women’s event Carter said the race “was horrible”.

“The conditions were really rough and I thought about calling the boats over at least once,” she said.

Carter said she was surprised by the win but was encouraged to swim faster by Quirke who was on her tail the whole time.

Carter said she thought moving the race to the other side of the passage was much safer.

Men’s winner, Roberts said it was choppy but fun.

“I think a lot of people really struggled with turning around outside the reef, it was just really rough.”

Roberts said he swam wide of the group to use the current to his advantage.

“I knew there was going to be current through the wider part so it was better to do that and then come straight down the middle on the way back.”

Roberts said he wanted to do the boiler swim but thought for safety reasons the change was the right call.