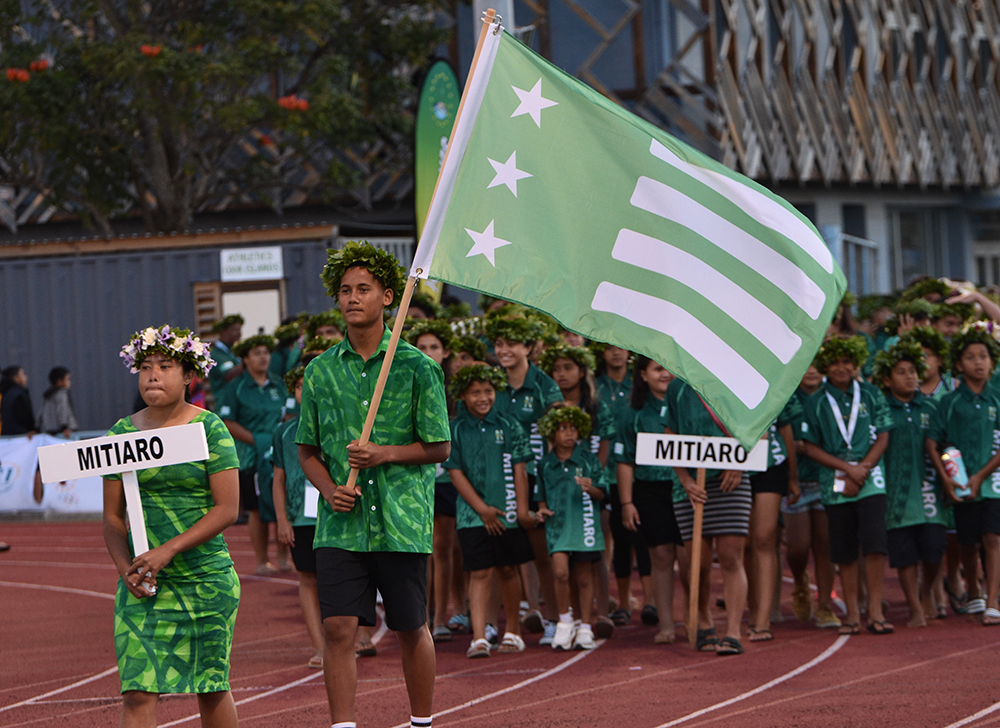 Team Nukuroa/Mitiaro selected Tereapii Akavi and Darius Allsworth, both aged 15, to carry the island’s flag at the opening ceremony of the 2022 Cook Islands Games last night at the National Stadium in Nikao.

The youngsters have participated in various national and international competitions and will again be aiming for gold at this year’s Games,

Allsworth, who will be competing in the Under 18 category in aquatics, cycling and triathlon disciplines, won five gold medals at the 2020 Games.

“It’s a privilege to be selected as one of the flag bearers for Nukuroa in the Games. I’m feeling excited, it’ll be good and fun competition,” said Allsworth.

Out of the three sports codes he will competing in, he chooses swimming as his favourite.

“It’s a nice feeling when you’re swimming and you feel yourself moving and swimming has a good rhythm. I enjoy swimming and I’d like to inspire more youth like myself to get into it.”

His biggest goal is to represent the Cook Islands on the world stage and with his sporting achievements so far, Allsworth’s dreams don’t seem too far away.

Allsworth hails from Nukuroa through his mother Taimata Allsworth, his grandfather Paul Allsworth and his grandaunt Te Maeu O Te Rangi Teikamata Ariki Mii O’Bryan – one of the oldest and one of the longest reigning royals in the Cook Islands.

Akavi will be competing in badminton, netball, and athletics. She also won medals at the 2020 Games – gold in badminton team event, silver in U15s netball. In 2021 she participated in U15 and U19 Nationals Tournaments Tauranga and Waikato where the Cook Islands badminton finished first and second.

This year she participated in the Counties Manukau U17 tournament and development camp and the Cook Islands Badminton Nationals. Look out for this green rocket on the badminton court.