Mangaia set to be crowned champs 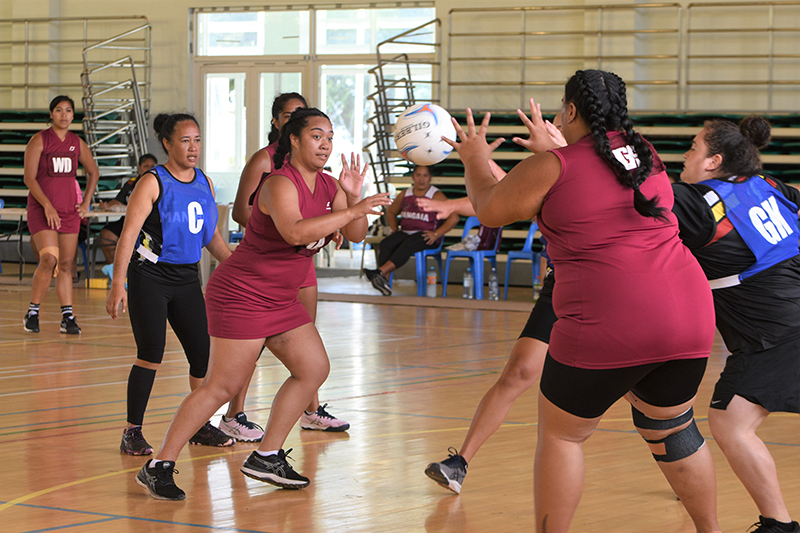 Team Mangaia Enua, the mighty maroons, are set to be crowned the 2022 Cook Islands Games champions after maintaining a steady lead in the games medal tally.

Mangaia has remained consistently in the lead in the Youth, Opens and Masters divisions of this year’s Cook Islands Games competition which ends tomorrow with a closing ceremony at the National Stadium.

On day 10 of the Games yesterday, tally points from the Cook Islands Sports and National Olympic Committee (CISNOC) show Mangaia leading the youth division with 186 points, followed by Mitiaro with 130 and Aitutaki Enua with 99.

In the opens category Mangaia again leads the charge by 49 points with 218, this time followed by Aitutaki with 169 in second place and Atiu coming third with 132.

The masters division however is hotly contested with only a five-point difference between Mangaia leading at 80 points and Mitiaro team with 75. Rarotonga is trailing close behind in third place at 73.

Table tennis competition wrapped up on Wednesday night at the National Indoor Arena with the prizegiving awards.

Yesterday the netball games began at the Arena, the atmosphere was electric with the impressive crowds cheering on their teams. Former and gracefully older netball enthusiasts returned to the court for their respective islands with some entertaining action. To secure a good parking spot, it is best to arrive to the arena early.

The last day of sailing was held yesterday with some close tough races at the Rarotonga Sailing Club in Muri. The prize giving awards was held shortly after led by John Batty, the principal race officer for Sailing Cook Islands and club commodore Tom MacDonald. The awards ceremony was made more special with the talented skills of Junior Ioapa and the Team Manihiki drummers.

There are no football games today, the games will resume tomorrow at the Cook Islands Football Association (CIFA) grounds in Matavera for the finals.