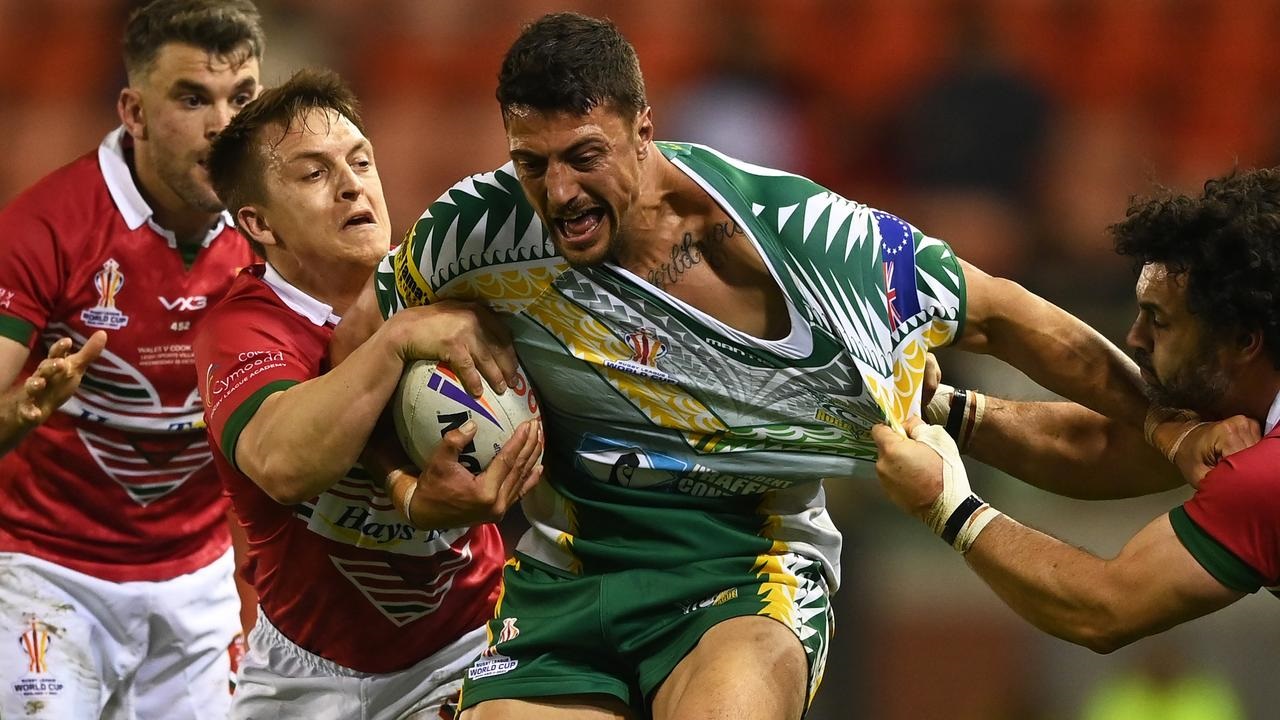 Cook Islands head coach Tony Iro has confirmed that Anthony Gelling has played his final game of the World Cup tournament and will return home to New Zealand.

Gelling, 32, has featured in both group games so far, defeating Wales 18-12 in the opening game before falling short against Papua New Guinea 16-32 at the Halliwell Jones Stadium.

He has crossed for two tries, scoring in both games in Group D for Cook Islands. But boss Iro has confirmed his star centre will return home to deal with personal matters.

Iro also believes Gelling has played his final international match for the Kukis, having originally taken several months to convince the former NRL man to play in this year’s tournament.

“Anthony been an outstanding servant for Cook Islands rugby league. He’s always put his hand up. It doesn’t matter where he is in the world, he’ll turn up and play.

“He’s an absolute freak to be fair, because that’s only his third game of rugby league this year. To do what he did, he had a great game last week and ran 300 metres.

“He did everything he could today to try and get us the win.

“It took me four months to convince him to get him on this tour, so I think that’s the end for him. He’s a passionate guy and he spoke to the boys about continuing the legacy and building the squad.”

Having originally retired after the side’s mid-season clash with Samoa, Gelling has again officially hung up the boots to start a new job with the New Zealand Warriors and learning a new trade.

“That was my last game,” Gelling confirmed to Love Rugby League. “I retired back in June after the Samoa game, and this was a little last minute. But it’s good to get a couple games.”

Gelling reiterated Iro’s claims that he took some convincing to join the squad in England, joking: “I told him no every time!

“I kind of had some unfinished work here too about building culture and stuff like that, so some of us senior boys have come back for that.”

On life after league, he added: “I’m going to do some wellbeing stuff with New Zealand Warriors. I also have a plumber apprenticeship starting Monday, too.

“It’s good to be home back in New Zealand.”

Cook Islands face Tonga this Sunday at 4.30am (Cook Islands time) in their final group game, while Papua New Guinea will play Wales.