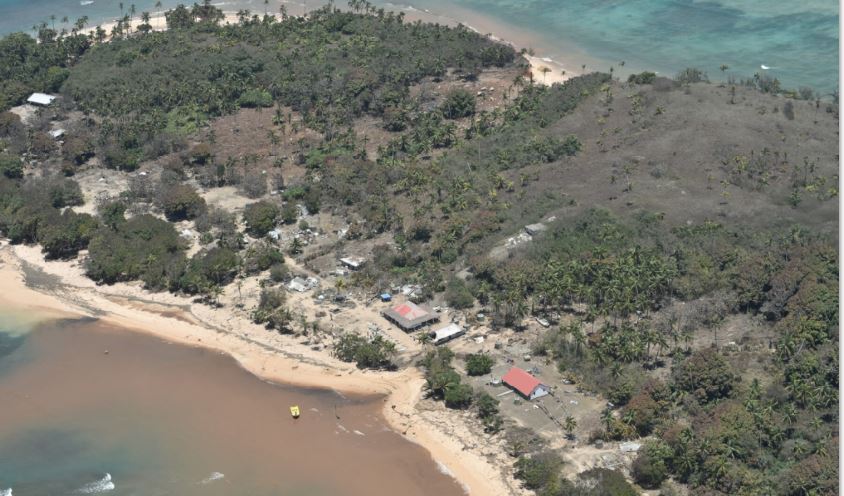 Sunday is the one-year anniversary of the eruption of the Hunga-Tonga-Hunga-Ha'apai volcano on 15 January 2022. 23011309

Two New Zealand-based marine geologists have been studying the Hunga volcano, to learn more about how underwater volcanos cause tsunami waves.

The geologists have identified gaps in our understanding around precisely how these devastating waves are formed, after an eruption.

Dr Marta Ribó Gené, of AUT's School of Science, and Professor Shane Cronin, from the University of Auckland, conducted surveys around the Hunga volcano in May and October 2022. The scientists were hoping to uncover information that would assist communities to prepare for the threat posed by future eruptions.

Dr Gené said that more research was still necessary to determine the precise connection between underwater volcanos and the tsunami waves that form after eruptions.

“In the event of the Hunga eruption [it] showed that there's a lack of early warning from international tsunami warning systems and models,” she said.

“Currently, they don't anticipate and forecast destructive volcanic tsunamis. They anticipate tsunamis produced by earthquakes, so there is a need to do more research to anticipate the evolution or the triggers of the tsunami waves generated by the submarine volcanic eruptions.”

After the May survey, Dr Gené noted that approximately 7 cubic kilometres of volcanic material had been displaced. This drastically altered the morphology of the seafloor.

Dr Gené said the second survey, in October, showed that the volcano's activity had decreased since the eruption.

“Having the chance to go back in October and compare it with the earlier survey, we observed that some of the volcanic gas plumes indicated that the volcanic activity had died down,” she said.

The geologists also spent time with Tongan geological services and local communities, to obtain information about how the eruption had affected them.

“We collaborate closely with the geological services in Tonga and through Shane's work and the relationship he has built with the people, we were able to understand the impacts the volcano had on them.

“The testimonies, experiences, and knowledge from the people in Tongatapu who recalled the moment of the eruption helped progress the understanding of the natural disaster.”

Dr Gené said that it would be difficult to predict whether another eruption would occur near Tonga, in the near future. However, she is returning to the Hunga caldera, this year, to survey other nearby volcanos, such as Fonuafo'ou and Tofua.

“Both volcanoes are very similar.They're similar in morphology and structure as Hunga, and we've seen with Tofua specifically that it's proved to be a little bit more active than what we had thought and so I think a strict monitoring in terms of surveying - repeat surveying of the area will provide enough information to see how the several volcanoes in the Tongan arc are evolving.”