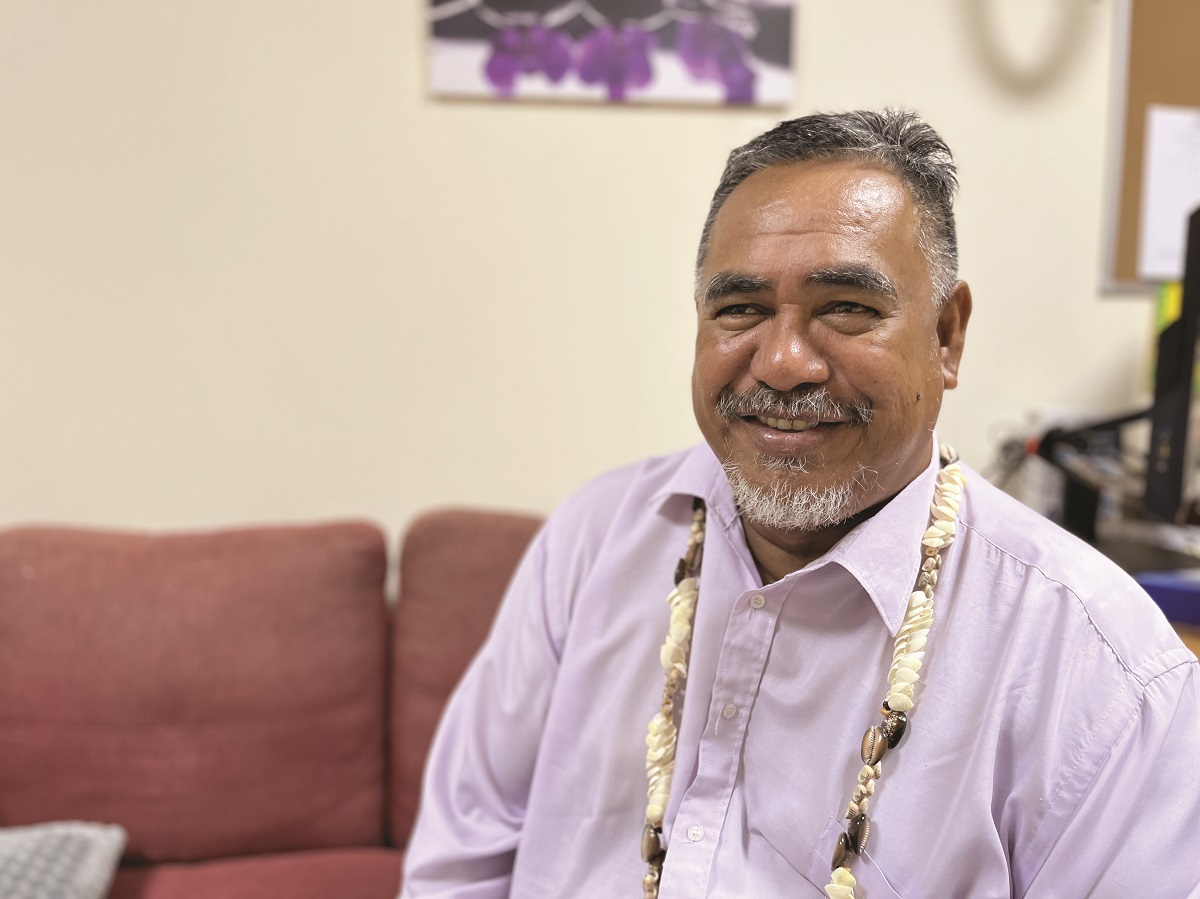 Bernard Natua is the latest in a series of resignations from the Tapura, which last month lost three senior members, including former vice-president Teva Rohfritsch.

Despite these four departures, the party still has a comfortable majority in the assembly.

The Tapura leadership has acknowledged that Natua advised it of his decision but noted that he hadn't made his move official yet.

Natua, who represents Rangiroa, already resigned from the Tapura in 2020 once, but returned to the party ten months later.

A Here ia Porinetia, which was formed in 2020 as an assembly group of former Tapura members, launched as a political party in March.

The party is led by Nicole Sanquer, who is a former education minister and a former member of the French National Assembly.

Two police officers in Samoa fired at during a call-out

Two police officers were injured when they were shot at during an investigation into a marijuana plantation on Savai'i Island.

The officers suffered minor injuries after being shot at by a 12-gauge shot gun, after conducting a drug raid on a marijuana plantation.

The officers have since been discharged from the hospital.

Police have appealed to members of the public for any information that may lead to the arrest of the suspects.

"Salelavalu village is currently assisting police in locating those who were involved in this incident including the suspect who discharged the firearm," said police.

Police said all the suspects are yet to be apprehended and are all from the village of Salelavalu.

Marijuana is still an illicit drug in Samoa.

In Samoa, an emergency evacuation shelter in Salamumu village has opened ahead of cyclone season.

The Samoa Observer reports the building - which cost $400,000 tālā or about US$138,400 - was funded mostly by village fundraising and in-kind donations from families and other partners.

The normal tropical cyclone season in Samoa runs from November to April.

Cryptocurrency scam in Fiji according to FIU

The Fiji Financial Intelligence Unit (FIU)is warning of a current cryptocurrency scam in the country.

The Fiji Times reported scammers had circulated advertisements on various Viber and other social media groups using the official logo of a government agency and staff photo.

The unit has advised the general public to be vigilant when receiving offers for investments, loans and employment on any online or social media platform.

It also offered red flags to look out for, including not being able to find a physical address, limited documentation, and spelling and grammar errors.

Pacific regional media body has a new board

The Pacific Islands News Association (PINA) has appointed its new board.

Kora Nou, from NBC, is the new president.

His deputy is Robert Iroga, the publisher of Solomon Business Magazine.

The Kumuls are of a mixture of NRL, Super League and locally based clubs.

South Sydney Rabbitohs star winger Alex Johnston has been named in the squad along with the Melbourne Storm's Justin Olam.

Kumuls coach Stanley Tepend said the team is assembling in Port Moresby to connect with locals.

"It was important for the team to spend this week here in PNG. We could have assembled in Australia, but we felt as management that it's important for them to come here and get connected to Port Moresby and Papua New Guineans as a whole," he said.

The tournament kicks off on October 15.

Key players such as Kotoni Staggs and Sitili Tupouniua are also missing from the line-up due to injury.

It's still a powerful line-up however, with names such as Tevita Fifita, Daniel Tupou, Konrad Hurrell, William Hopoate and Jason Taumalolo.

Tonga will play a warm-up game against France on October 8th in England.