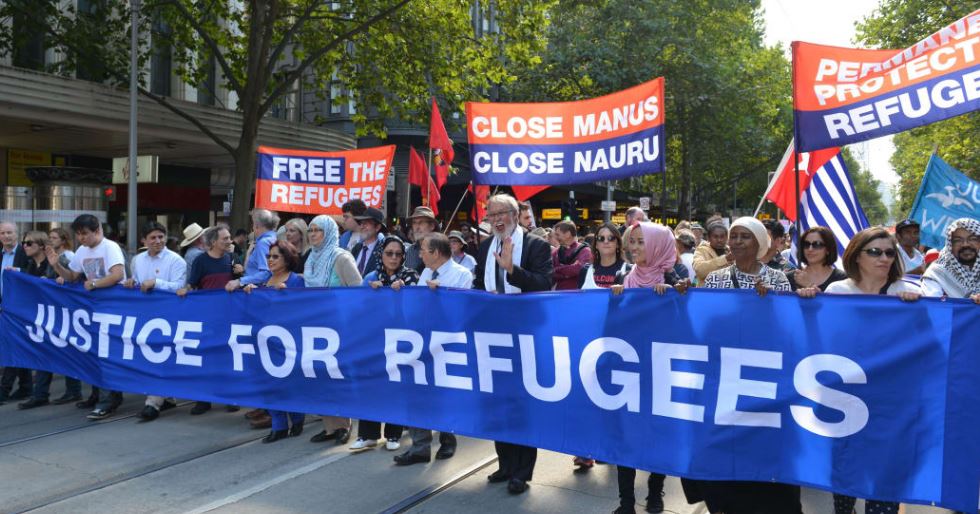 The first group of Nauru refugees have arrived in New Zealand under a resettlement deal.

The six refugees have arrived after being detained in an offshore Australian detention camps for several years.

Their arrival is part of an offer made by the New Zealand government to resettle up to 150 people who are or have been detained on Nauru each year for three years.

The Australian government accepted the offer in March this year and the first refugees arrived this week.

Amnesty International has welcomed the news, but one of its refugee rights advisers, Graham Thom, said many more people lack a pathway to resettlement.

He said the dire conditions experienced in offshore detention centres have caused serious mental and physical health issues for many people.

Refugee Action Coalition's spokesman Ian Rintoul told RNZ Pacific that of the six, four are Rohingya Muslims from Myanmar, one is from Sudan and one is Cameroonian. All of them are single men.

"I spoke to them in the weeks leading up to it and then on the morning and I've spoken to one of them since arrival in Auckland," he said.

"It's a relief that they are off Nauru and they can begin their new life but many have been left behind.

"The fact is all the people could have been taken off Nauru."

He said it has been an excruciatingly long process to get to this stage.