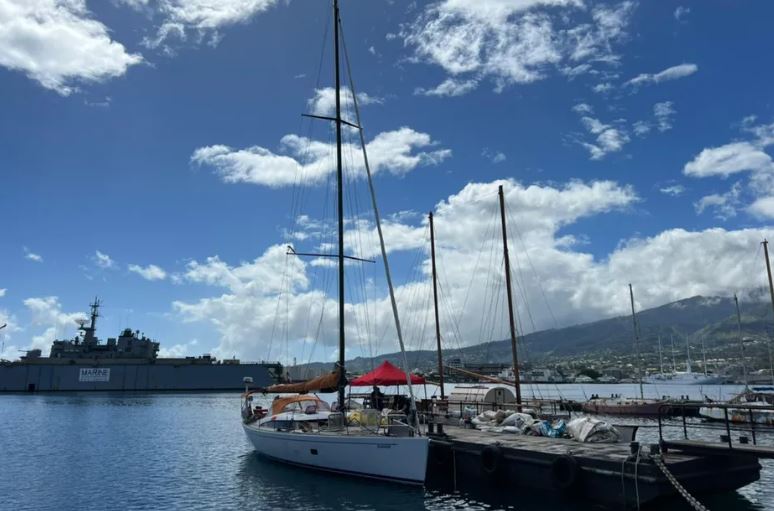 The sailboat was carrying a large quantity of drugs. It is moored at Motu Uta, very close to the customs office. • ©Polynesia the 1st/C.Plichart

Customs officials and police in French Polynesia have seized 423 kilogrammes of cocaine hidden in a Swedish yacht.

The public prosecutor Herve Leroy said a search of the intercepted vessel in the port of Papeete found 379 packs of cocaine concealed in the stern of the yacht.

The two Swedish men onboard have been detained for questioning and risk jail sentences of up to ten years and fines of nearly US$10 million.

Leroy said the boat had sailed from Panama and was bound for Australia.

He said this was the seventh yacht with large quantities of cocaine intercepted in French Polynesia since 2016.