It’s time to clean up our act 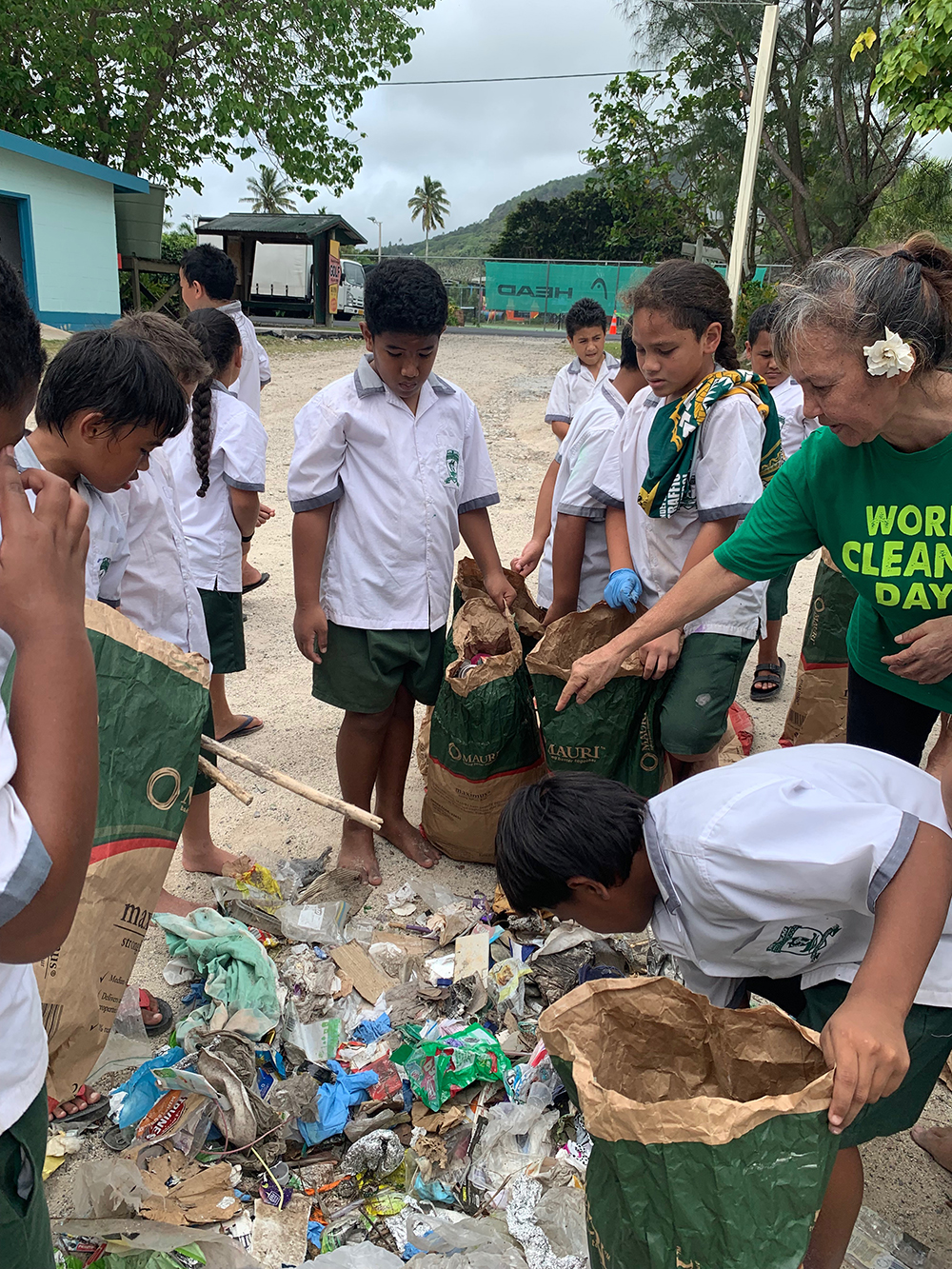 International Coastal Cleanup Day is dedicated to raising awareness about the growing pollution on our beaches and in our environment. This year, Te Ipukarea Society ran a coastal cleanup which took place at the Social Centre, with over 300 Apii Nikao students and 20 students from Gisborne Girls’ High School, visiting from New Zealand.

Cleaning up the beaches was not the only objective for International Coastal Cleanup Day. Another important goal was to conduct a waste audit to document the types of rubbish that were collected. Empty flour bags, donated by Avarua Bakery, were re-used on the day of the clean-up as rubbish bags to collect the rubbish found along the beach.

Following the rubbish collection, we organised and sorted the rubbish by type which included plastic, aluminum cans, glass, electronic waste, and others. Results from the waste audit show that plastic was the most common type of waste collected with a total weight of 30 kilograms and a volume of 500 litres. Glass was the second most common with a total weight of 43 kg and a volume of 105 litres. Other items included used vapes, disposable nappies, and even condom wrappers. Fortunately, everyone was wearing gloves for the clean-up!

The amount of rubbish that has been found along the beach continues to be an ongoing issue of concern in the community. For some time, the Social Centre area has had issues with trash being either left behind or incorrectly disposed of. This has made the popular beach site prone to the negative effects of ocean pollution as well as making our beach not so appealing to the eye.

Single-use plastics are durable, cheap, and convenient. However most of our plastic waste ends up in the landfill or on our beaches where it slowly breaks down into micro plastics.

The burning of plastic waste has also become an insidious problem in our islands. It not only releases harmful toxins that harm our environment but also has negative health impacts, especially for those that have asthma. It’s not hard to sort out plastic waste from your organic burn pit. Sorted plastic waste can then be put on the side of the road for free roadside collection. Don’t be paarua.

An initiative that is currently being run by Te Ipukarea Society is eco-bricking. It is a great alternative to putting soft plastics in the bin. All you need is an empty 1.5 litre soft drink bottle, fill it with your soft plastics (ensure the plastic is clean and dry), which should weigh 500 grams after being filled. You can then drop it off at the TIS office in Tupapa. Once we have enough, we will be building an eco-brick garden, using the filled bottles as bricks.

The coastal beach cleanup event provided an opportunity to create some awareness raising TV adverts featuring our young eco warriors. Simple key messages that will be featured in the adverts include, putting your rubbish in the correct bin and taking responsibility for your own rubbish because otherwise your rubbish becomes everyone’s rubbish. This will hopefully encourage some positive environmental and behavioural changes in those that visit the popular beach, Social Centre and other recreational areas. To measure the success of the TV adverts, TIS and Apii Nikao are looking to do another waste audit exercise in a year’s time to determine whether any positive changes have been made.

Meitaki to Infrastructure Cook Islands Waste Management Division for picking up the collected sorted rubbish. We thank Apii Nikao school for taking the initiative to create change, and SPREP and the Australian Government for providing some financial support.