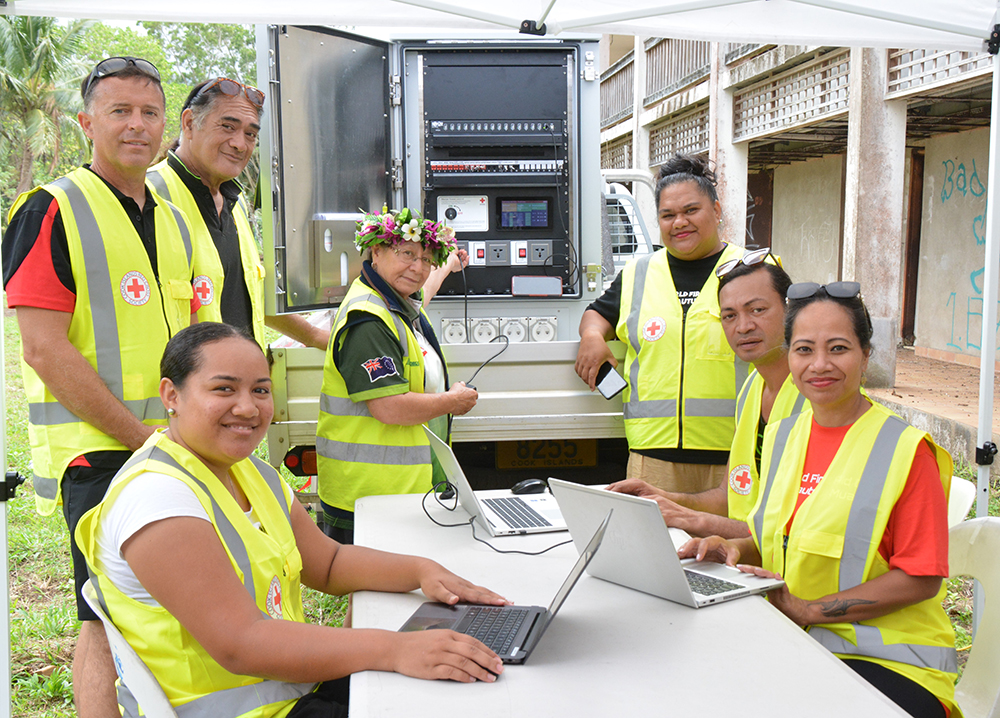 The Cook Islands Red Cross Society received its second ITinaB ICT information and communication technology box to help speed up their response, making it more effective and efficient during a disaster.

Fine Tu’itupou-Arnold, the Secretary General at Cook Islands Red Cross, said “we are Government’s strongest partner in times of a disaster”, adding the equipment would help them achieve their response goals.

EMCI was also invited to the exercise drill on how to operate the ITinaB. The exercise drill was also used by Cook Islands Red Cross to share the equipment they have and how they can support the national response effort during a disaster.

In the event of a disaster the ITinaB can be relocated from the Red Cross office to wherever it is needed most – this may be closer to a disaster site, or to share a facility with other aid agencies.

The ITinaB will enable Red Cross to relocate its base of operations and IT services, if the centre is damaged the IT system in the box can be operated from another location.

The ITinaB is a full ICT (information and communication technology) stack inside one relocatable cabinet. The ITinaB provides the business-as-usual IT services for the day to day operations of the office that comprises of: File sharing and document security, Internet access (via 4G/LTE) and several layers of Internet cybersecurity, User authentication and security, Telephony, Power protection and redundancy (it can run for up to three hours on its own batteries) and Wi-Fi (including guest wi-fi).