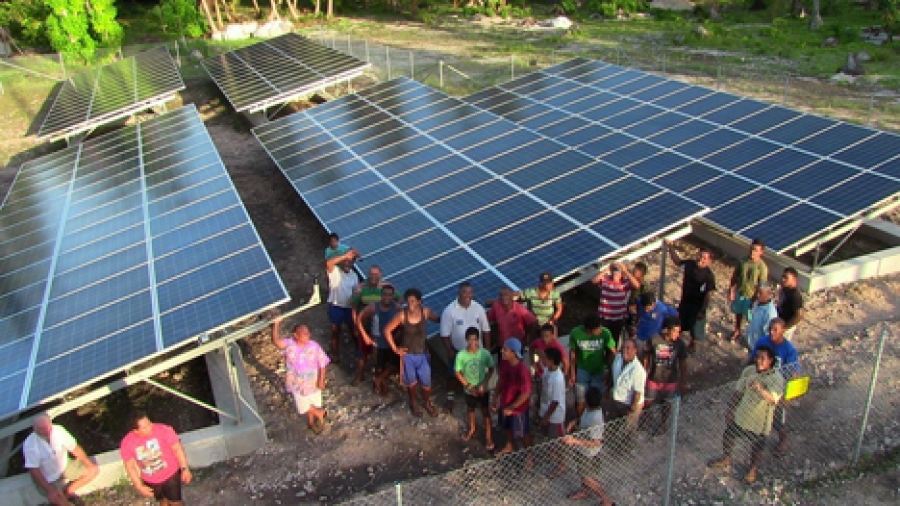 Solar panels like these on the tiny island of Nassau are proving to have major health and lifestyle benefits for outer islanders.

Mahuta confirmed $7.5 million will be allocated to upgrade solar farms in the Northern Group. The investment is part of the 2022-2025 international climate commitment.

“Climate change is the greatest challenge facing the Pacific. It critically impacts our way of life, our economy and our shared futures,” Mahuta said in a written statement.

“We know that effective action requires partnership with our Pacific whānaunga, meeting their priorities and supporting local and indigenous-led solutions.

“This investment allows us to stand alongside the Cook Islands who continue to combat the increasing shocks of climate change. It will see renewable energy grids upgraded, support for maintenance, and provide financial stability for technology and electricity supplies.”

Minister Mahuta said they were also building on previous New Zealand Government investments focused on partnering with the Cook Islands to reduce emissions and reliance on fossil fuels.

“Climate co-operation has been a key discussion area with Prime Minster (Mark) Brown on this visit and previous exchanges, and I expressed that Aotearoa New Zealand is a partner that can be relied upon, especially when times are tough.”

Vano said he understood that some of the funding would go towards new Tesla batteries and inverters on the island.

“These can increase the capacity on the island by threefold,” Vano said.

“The scoping was done earlier this year. It would be great to have one of those batteries there. We have two villages on the island, and they’re separated by the lagoon. Both villages need to have their own needs of power.

During her visit yesterday, Mahuta also reaffirmed that New Zealand stands ready to support the upgrade of Manihiki Airport which will provide access to a wider range of aircraft and vital connectivity between islands.

“This will be supported through $40 million invested earlier in the year in the Cook Islands Infrastructure Trust Fund,” she said.

“New Zealand has a proud history of supporting the Cook Islands priorities and sustainable development ambitions. This announcement is about working together to navigate our future challenges and opportunities,” Mahuta said.

Vano said he was hopeful that work will begin on the Penrhyn Airport within a few months.

“We’re after Manihiki, then it’s us. The work on both airports will boost productivity and encourage growth,” he said.