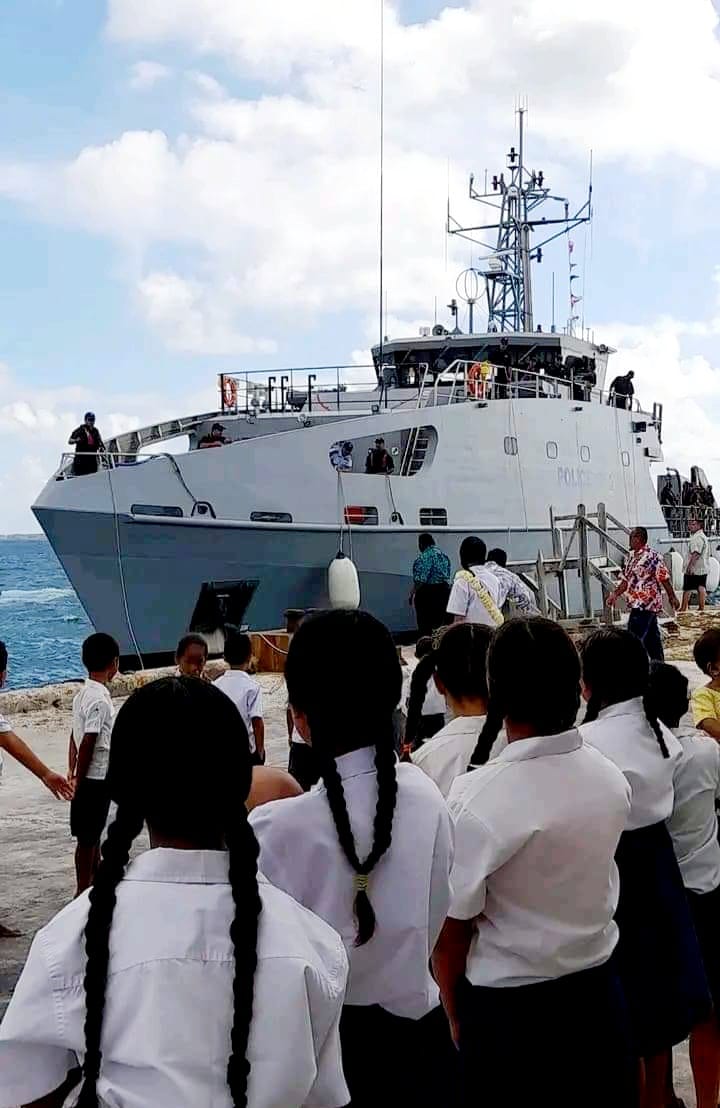 That included a refuelling stop at Tongareva this week.

While police spokesman Trevor Pitt confirmed the boat had been engaged in regional co-operation exercises, he said more information about the exercises would be issued in due course.

However, Pitt did say the refuelling stop at Tongareva was “a perfect opportunity for the community there to extend a formal welcome to Te Kukupa II and its crew”.

The stop was the first outer islands' visit by the patrol boat, and maritime members were treated to a “warm, Tongareva reception”, Pitt said.

During a kaikai on the island, Captain Tauariki Henry and his crew introduced themselves, and were pleased to impress youth with a closer look around the vessel.

Following its operational surveillance duty, the patrol boat was due back in port yesterday.

The vessel first arrived in Rarotonga from Australia in July.

The 15th Guardian-class patrol boat gifted by Australia replaces the original Te Kukupa which gave 33 years of service to the Cook Islands.