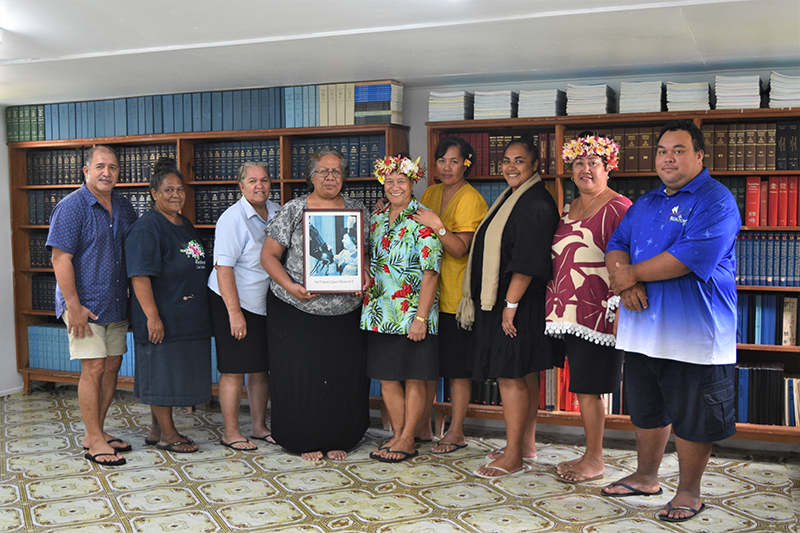 Parliament staff stand in the new committee room holding up a photograph of Queen Elizabeth, the room will be called the Queen Elizabeth Gallery. 22092707

After about a month of renovations, an unused office in Parliament is ready to be transformed into the committee meeting room and library.

There are currently six standing committees but new committees are set to be formed when Parliament begins.

Parliamentary committees are a group of MPs who work together to investigate matters of national interest on behalf of Parliament.

The room is painted white with gold around the edges of the windowsills to keep in line with the royal theme. Book shelves line the back wall with books on Cook Islands law and society.

“All the committee meetings and special meetings will be held in here,” Vainerere said.

“It’s a room for a purpose.

“We didn’t have a committee room before, now we have.”

The room is also set up to host online meetings, if committee members cannot make it in person.

He also said the public were not allowed to loan the books but were welcome to browse and take photos of information they wanted.

A new wall was put in as part of the renovations that extended the room size from six by three metres to six by six metres.

Vainerere previously told Cook Islands News constructing a committee meeting room was something that should have been done “ages ago”.

The new Standing Orders will also allow Members of Parliament to appear virtually and could result in 45 more sitting days a year. Parliament in the past only sat for around 15-20 days annually.