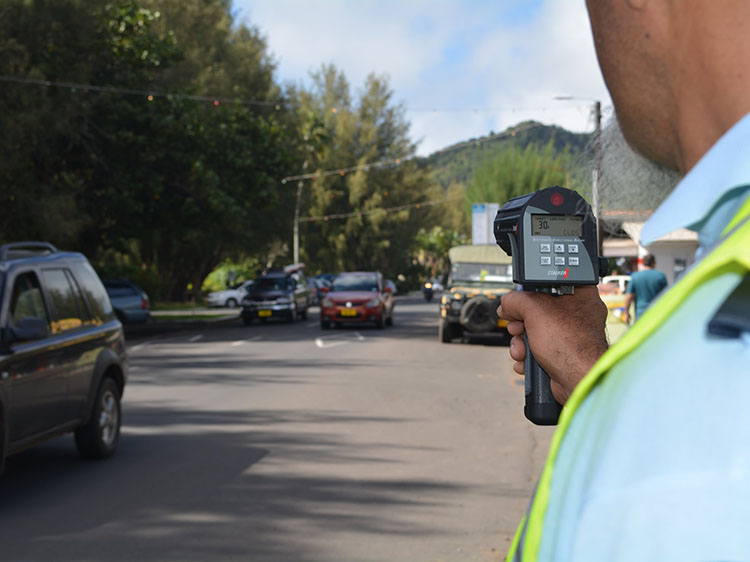 Cook Islands residents with stacked minor driving offences run the risk of losing their licence with police enforcing demerit points on old offences dating back to 2016.

Demerit points are attributed to speeding, careless driving, reckless driving, not wearing a helmet, and driving while disqualified.

At 100 points a person’s licence is suspended for six months.

The law was made towards the end of 2016 but has only been actively enforced this year.

Police spokesperson Trevor Pitt said: “Everyone convicted since the law change is subject to demerits. No one has been capped off at 100 as yet. But prosecution is working their way through the records.”

Pitt said this could be for offences as early as 2016 when the law was introduced.

“They’re (prosecution) doing their best to apply the points and will do so as far as records can be verified.”

Pitt said in 2016 the police’s main focus was on the mandatory helmet requirement for 16 to 25-year-olds, which resulted in “lagged immediate implementation” of the law.

He said resource constraints, mainly due to a lack of personnel, also slowed the implementation.

Over this past year, Pitt said some of the problems delaying the law implementation have been solved.

“The Police Prosecution team is now better set up to apply the system and convicted drivers are now racking up points,” he said.

For a speeding offence a person could be given between five to 15 demerit points, careless driving 10, reckless driving 20, not wearing a helmet 10, and driving while disqualified 15.