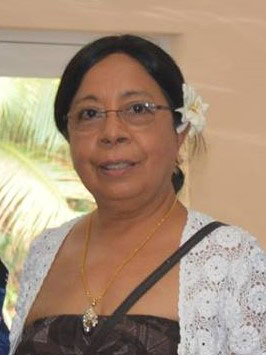 The hand foot and mouth disease (HFMD) which has been affecting children on Rarotonga looks to be “slowly subsiding”, says the director of Hospital Health Services, Doctor Yin Yin May.

There has been a total of 22 cases of the disease reported since August 1.

The oldest case has been a 12-year-old and the youngest has been a one-year-old.

According to Dr May, the definition of an HFMD outbreak is three or more cases of the disease detected within one week at the same facility, which has not occurred.

She said people had followed instructions by staying home when they were infected by the disease.

Dr May previously said the signs and symptoms of the disease presented were similar to chickenpox.

She said it’s a common mild and short-lasting viral infection that most often affects young children.

It can uncommonly affect adults and tends to be more severe in the elderly, immunocompromised, and pregnant women.

It is characterised by blisters on the hands, feet and in the mouth.

The typical incubation period of HFMD is three to five days but has been known to range from two to seven days.

The disease symptoms are lesions on the dorsal and palmar surfaces of the hands and feet.

The progression is from flat pink patches to small, elongated greyish blisters. Within a week, these peel off leaving no scars.

Small vesicles and ulcers also occur in and around the mouth, palate, and pharynx.

Dr May said there was no specific treatment for the disease.

However, she said the blisters should not be ruptured and be kept clean.