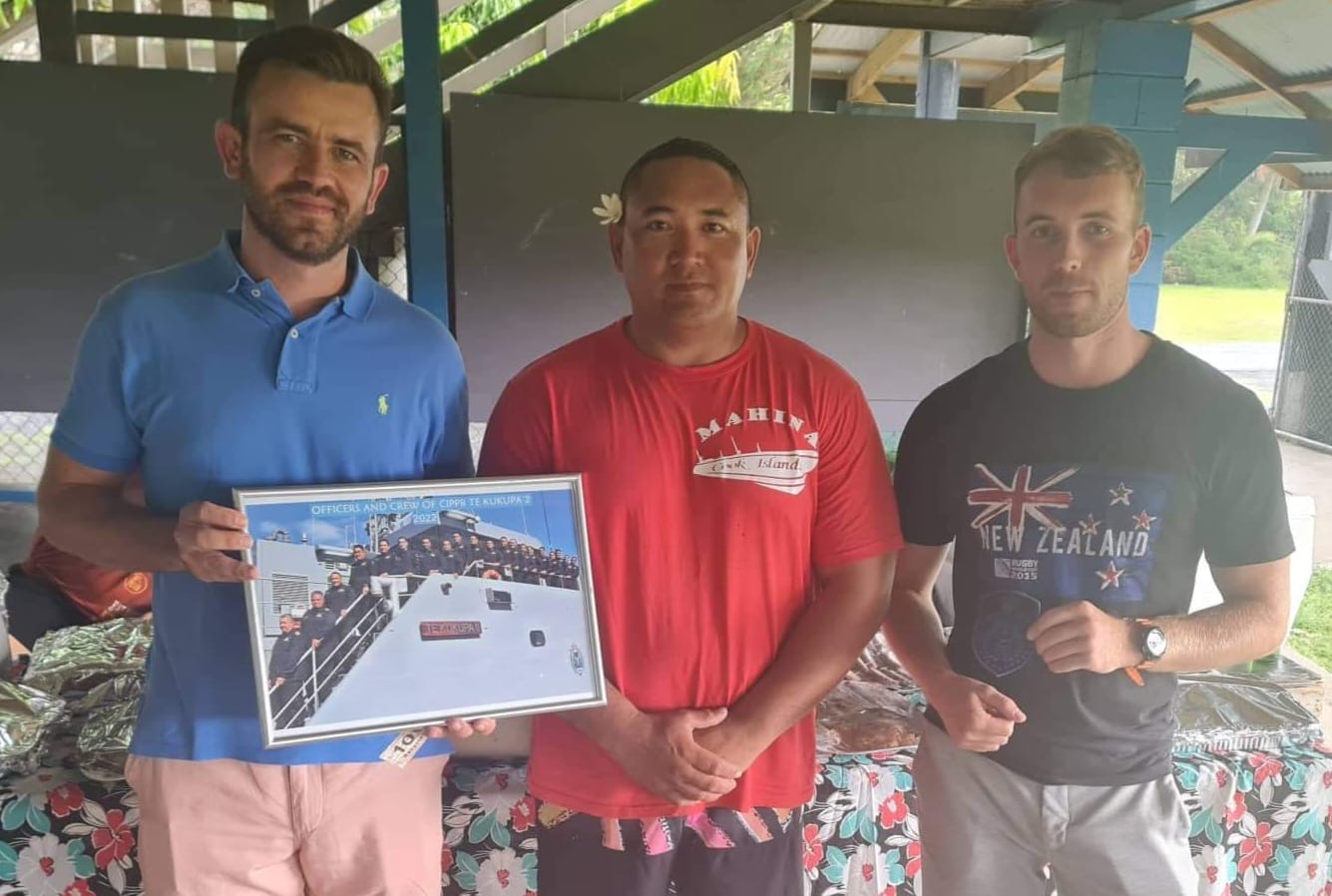 French Navy patrol boat Bougainville has again been welcomed by the Cook Islands in an ongoing partnership between governments.

Cook Islands police leadership were on hand as the multi-mission vessel, captained by Commander Martin Nicolas hosted a delegation to a luncheon that included Police Commissioner Turepu James Keenan along with the heads of Marine Resources and Foreign Affairs, and officials in Rarotonga this week.

Members of the crew had a friendly sporting encounter with Police personnel at Avatiu, and were treated to a kaikai function, which was very much appreciated by all.

At just over five years old, weighing 2000 tons and measuring 64 metres, the ship is the second vessel in a class of four.

It has visited Rarotonga several times in the past four years.

Like a small floating town, the vessel has spacious rooms (women have their separate quarters and own bathroom facilities), dining area, a commercial kitchen, a fully equipped medical room, a gymnasium, and a lock-up room.

The bridge (where the ship can be commanded) has a 360-degree vision that ensures it is comfortable with clear views, and control of everything that is happening right around.