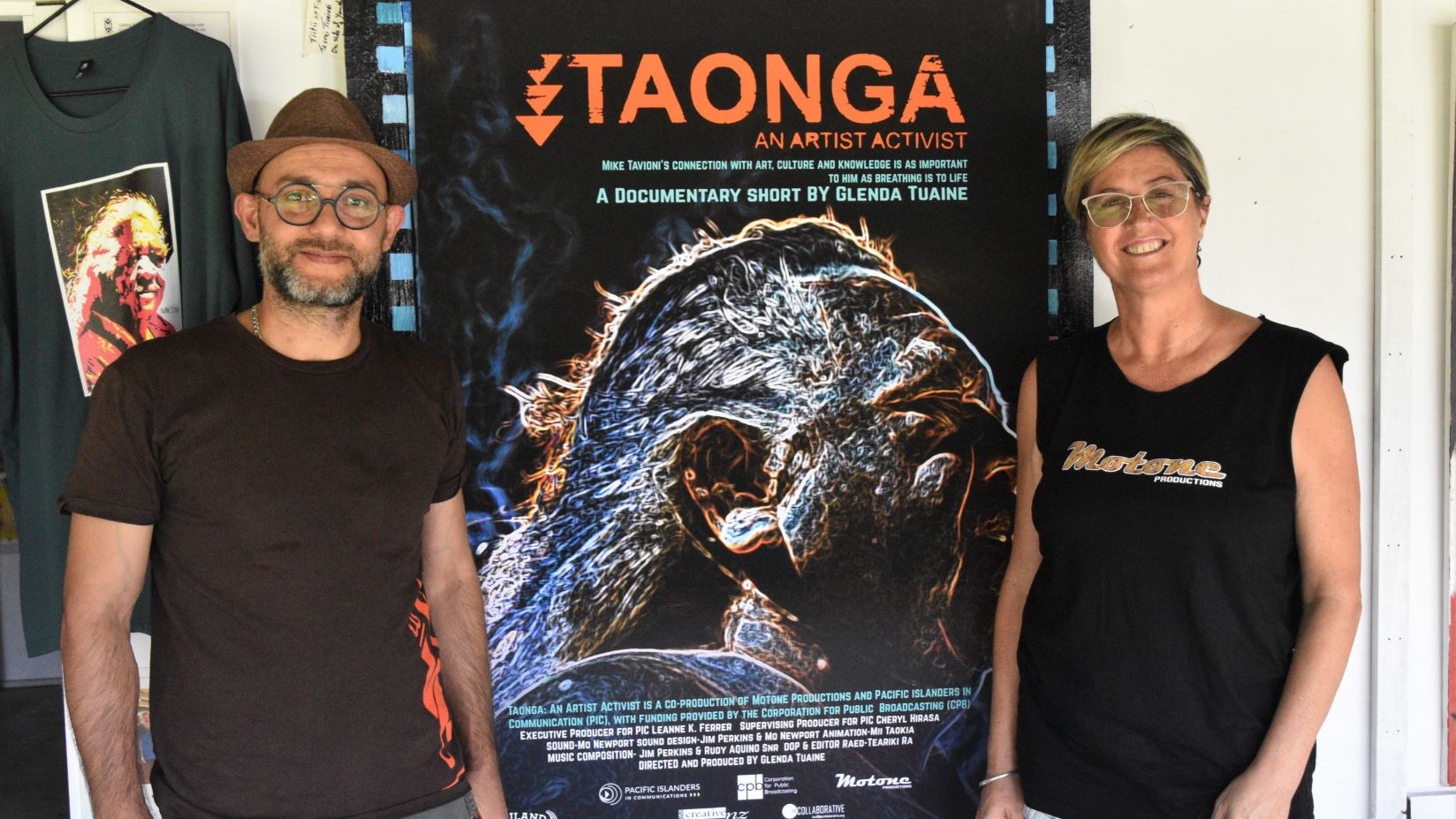 A short documentary on Cook Islands artist and carver Mike Tavioni has won an award at the Paris Short Film Festival.

Director Glenda Tuaine said she was “totally surprised” that Taonga: An Artist Activist had won best short documentary at the festival.

“There were so many documentaries at the festival that blew my mind. There was a really beautiful cross-section of documentary films in our category,” Tuaine said.

“One of the things that stood out for our documentary is that there is such a difference in light. There’s a lushness to our work.”

Tuaine said she started filming in 2020 and finished in January this year.

“The opportunity to tell someone’s story is an enormous privilege. At its core, the challenge is being absolutely true to your subject.”

Tuaine said she had wanted to make a documentary on Mike Tavioni for some time.

“I’ve known Mike for years, and Mike is a legend – he is one of the most incredible artists of the Cook Islands. It’s the breadth of his story. I am his friend, but I am also in honour to even film him,” she said.

Tuaine said there was a “strong group” of Cook Islands filmmakers, and winning the award should encourage others on the island to give it a go.

“When one rises, we all rise,” she said.

“There are all these other amazing filmmakers on this island, who have incredible skills to bring to the craft. I just hope this award lifts others up. We have such an opportunity here.”

Tuaine said there was a “lot of joy” working with Tavioni.

“What I loved was the challenge of editing someone’s life story down to 15 minutes. I’m proud of what we put together; the way it hangs, the way it tells a story,” she said.

“There were always going to be discussions or arguments about what to keep and not keep in the film, but what was important that it all came from a place of love and care.”

Tuaine said it was important that Mike Tavioni responded well to the documentary.

“If he didn’t think it was true to his story, then we would have stuffed up,” she said.

“I’m incredibly proud of what our crew achieved. I always work with a small crew because it’s much easier to pick things up, and everyone is working together for the same goal.”

Tuaine said there were “so many moments” in the documentary that stuck out for her.

“People love to hear a story about a Taonga such as Mike. He is deeply philosophical, argumentative and independent. He’s an absolute rock star.”

Tuaine said she had a couple of short films in the pipeline, one on climate change, and another about a deaf person.

“I just keep on going. Awards are wonderful, but I try not to get too carried away by it. What awards mean is that they potentially make it easier to get funding for my next project,” she said.

“If I had any advice, it would be ‘just do it’. But be true to yourself, stick to what you want to do, don’t be swayed, be humble and gather around a group of people you can trust.”Taonga: An Artist Activist will be screening at the Pasifika Film Festival in Sydney in November