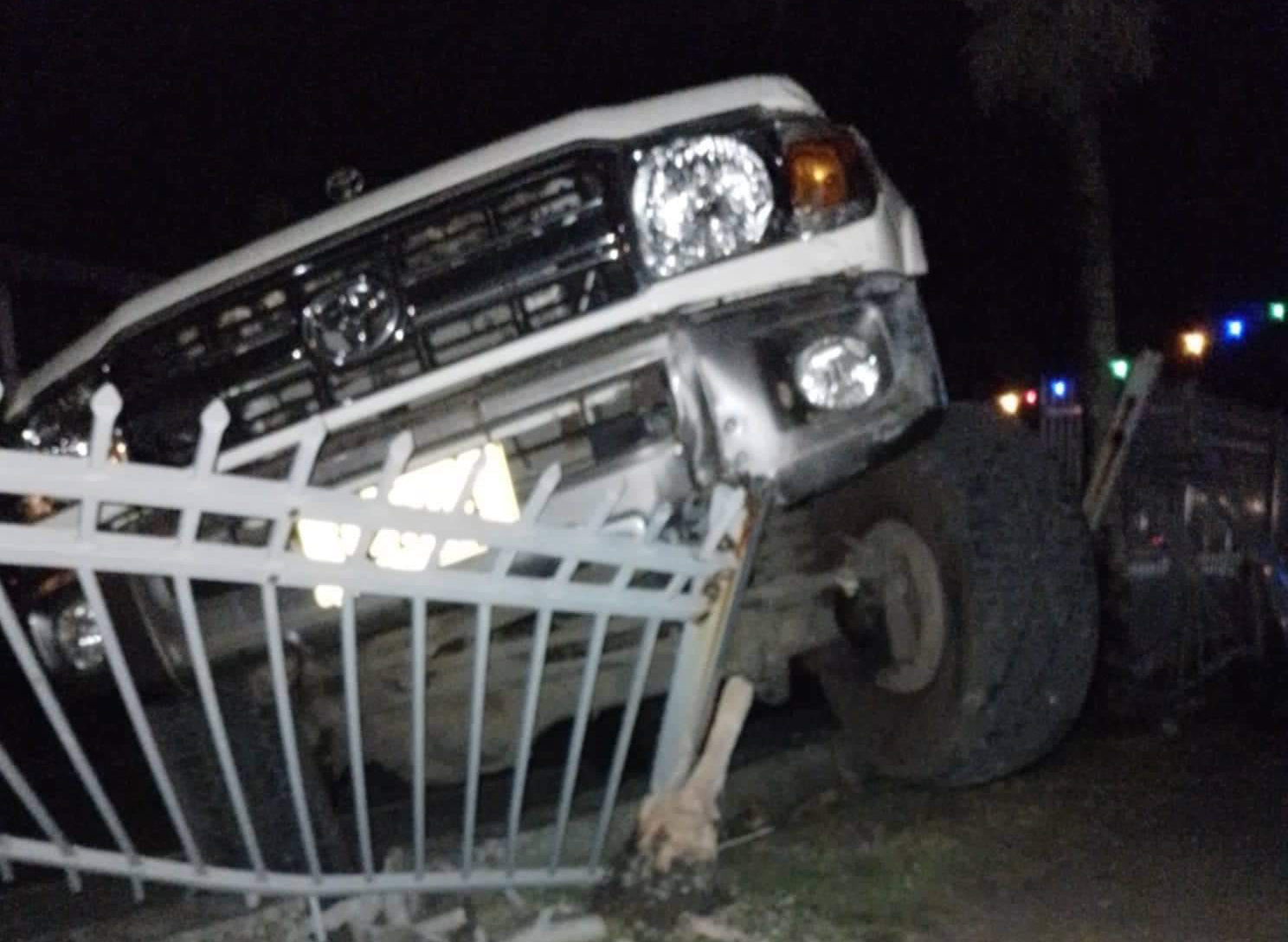 A truck mounted the footpath and “plowed” into a fence at the Ministry of Justice building in Avarua on Wednesday evening. POLICE MEDIA/22100601

An alleged drink-driver didn’t have to travel far to land in hot water after crashing into the Ministry of Justice building in Avarua.

The incident, the first of two drink driving related crashes overnight, was reported just after 9pm on Wednesday.

Police reported a truck mounted the footpath by Ministry of Justice building and “plowed” into the fencing.

The driver, a man, was breathalysed and subsequently arrested.

He was then taken into custody.

Police spokesman Trevor Pitt said the charges are still being finalised as there are reparations to be included.

The man has been charged with drunk driving and careless driving.

Just after 6am on Thursday, a crash was reported in Ruaau where a car had reportedly driven into the rear side of an oncoming truck.

The male driver of the car was breathalysed and subsequently arrested.

Pitt said police data revealed motor vehicle crashes up to the end of September had already matched the annual totals for 2021 and 2020.

Police recorded a downturn in road incidents during the Covid-19 years, but the increasing volume of traffic around Rarotonga since the return of tourists was once again presenting familiar risks, associated with congestion.

“In addition, many drivers just continue to ignore the basic road safety principles.

“The main crash causes vary between the careless, poor judgement, and lack of concentration,” Pitt said.

“The speed and the alcohol factors are less prevalent among the totals. The reasons behind the failure of drivers to heed lessons is difficult to answer, but it may come down to education and the driving environment in which the driver has learned.

“It’s attitude, that can improve with a mature outlook and a healthy respect for the road.”

Last month, alcohol was a contributing factor in 42 per cent of crashes.

The crashes also resulted in 22 people sustaining minor injuries with another six people being admitted to hospital.