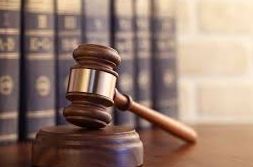 A man who was found with a small amount of cannabis on him after being stopped for drink-driving has been sentenced to 12 months’ supervision.

Michael Hoff appeared before Chief Justice Patrick Keane at the High Court in Avarua on Tuesday. He had previously pleaded guilty to a charge of possession of cannabis.

According to the summary of facts, read out in court, the incident occurred on July 23, 2022.

Hoff was stopped for driving with excess breath alcohol and taken to the cells.

When he was taken to Aorangi Prison and body searched, police discovered, a small plastic receptacle containing two tinfoils of cannabis was found in his underwear.

“You said that you had found it on the side of the road, along with $20 in cash. You spent the cash on food, and had forgotten about the cannabis,” Chief Justice Keane told Hoff.

“This is your first drug-related offence. Your two other convictions are unrelated and unaggravated.”

“This was an exceptional offence; you are a responsible husband and father. This offence should not define you,” Chief Justice Keane said.

Chief Justice Keane agreed with the police’s submission and sentenced him to 12 months supervision.